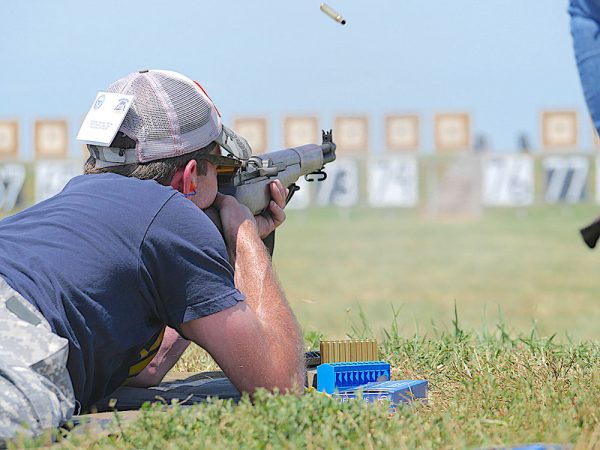 After a break in 2020, the CMP National Matches will return to Camp Perry this summer.

The Civilian Marksmanship Program has opened its registration this week for the month-long National Trophy Rifle and Pistol Matches at historic Camp Perry in Port Clinton.

To register for the 2021 National Matches, or to view all of the momentous events set to take place, including youth opportunities, visit https://thecmp.org/competitions/matches/cmp-national-matches/.

New Pistol events like the Pistol 900 Aggregates for Center Fire, .45 and .22, the Oliver Hazard Perry Pop-Up Pistol and CMP Revolver matches have been added to the calendar in 2021.

The Smallbore Matches – saturated with a lineup of three-position, prone and team matches designed for competitors of all ages, will follow on July 20-28 with the Smallbore Small Arms Firing School. It will be conducted for new and experienced marksmen, led by members of the Army Marksmanship Unit.

The remainder of the National Matches schedule is packed with a mix of modern and wood gun rifle prospects – Rimfire Sporter, President’s Rifle, National Trophy Individual, Garand, Springfield and M1 matches, among several other favorites experienced by thousands of competitors each year.

A 4-Man Team event and 800 Aggregate will also be fired on CMP’s own highpower electronic targets, which boast accuracy and efficiency on the firing line. The National Matches Rifle events will conclude in August with the Long Range series, fired on Camp Perry’s celebrated Viale Range.

The National Match Air Gun events will also be held at the CMP’s indoor airgun range, the Gary Anderson CMP Competition Center. The range will be open throughout the National Matches. Stop and enjoy the state-of-the-art electronic targets, along with the cold air-conditioned range. Several matches will be held along with open marksmanship training. Rental equipment and pellets are available for a small fee.

Also new in 2021, the CMP has created Industry Days, held within the Pistol and Rifle phases, that will celebrate current market leaders through vendor stations located around Camp Perry. Displays will highlight the latest technology in the marksmanship world through live-fire demonstrations and other exciting visuals for guests to interact with and enjoy.