Ohio Senate President Larry Obhof, of Medina, announced Monday the recommendation of State Representative Theresa Gavarone to fill the vacancy in Ohio’s 2nd State Senate District seat, which includes Ottawa, Erie, and Wood counties and parts of Fulton and Lucas counties. The seat was vacated earlier this year when former State Senator Randy Gardner was appointed as Chancellor of the Ohio Department of Higher Education by Governor Mike DeWine.

A screening committee of Republican senators met today with the two applicants for the vacancy and recommended Gavarone for appointment to the seat.

“We appreciate the interest and the public service experience of both of the candidates we met with today,” said Obhof. “Theresa brings a strong understanding of the issues important to the people of Northwest Ohio, and we look forward to working with her in the Senate.”

Gavarone will join the Senate from the Ohio House of Representatives, where she is currently serving her second term representing Wood County in the 3rd House District.

Prior to joining the legislature, Gavarone served on the Bowling Green City Council. While on city council, she was chair of the Public Lands and Buildings Committee and served on the Finance and Ways and Means Committee as well as the Planning, Zoning and Economic Development Committee.

In addition to her public service, Gavarone is an attorney and co-owner of a family business with her husband, Jim. She holds a bachelor’s degree in business administration from Bowling Green State University and a law degree from the University of Toledo College of Law.

Gavarone, her husband and family live in Bowling Green. 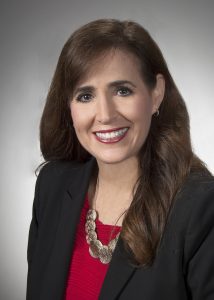