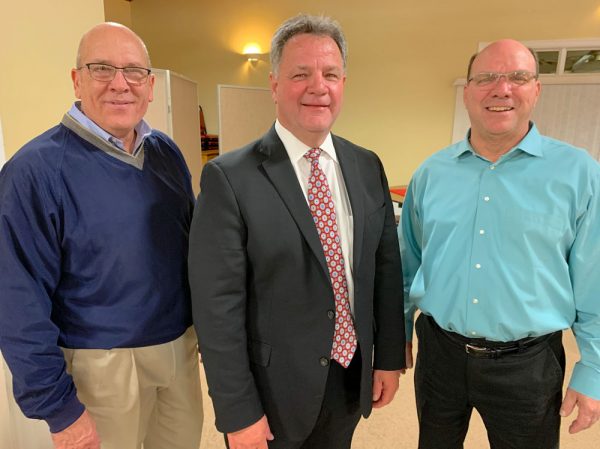 The Ottawa County Commissioners remained an all-Republican group with the re-election of Mark Stahl and Mark Coppeler on Nov. 3. All three were at the Republican Party’s victory bash at the Knights of Columbus Hall in Port Clinton on election night. From left to right are Don Douglas, who was elected in 2018, Stahl and Coppeler. (Photo by John Schaffner) 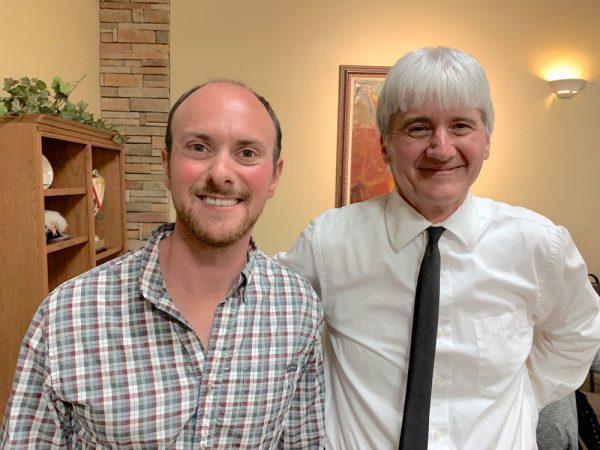