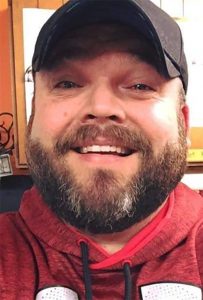 Richard Donald Rose, III, 37, of Port Clinton passed away Saturday, July 4, due to complications of Covid-19 at his home. He was born July 25, 1982 in Port Clinton. He graduated from Port Clinton High School. He served his country in the United States Army for nine years serving two tours in Iraq and Afghanistan. He enjoyed social media, online streaming, paranormal and his two cats Dale and Tucker. He was a fan of NASCAR, Dirt Track Racing and Georgia Bulldogs Football.

Funeral services will be conducted 11 a.m. Wednesday, July 8, at Neidecker, Crosser & Priesman Funeral Home & Cremation Service, 1124 Fulton St. Port Clinton, Ohio where visitation was held Tuesday. Interment will be at Riverview Cemetery, Port Clinton. Memorial contributions may be given to the family. Online condolences may be shared with the family at www.neideckercrosserpriesman.com.