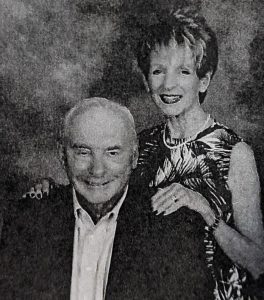 Richard F. Kracer, D.V.M., of Marblehead, passed away Sunday, Dec. 20. He was born Sept. 19, 1931, in Cleveland. He graduated from St. Ignatius High School, attended John Carroll University, and after serving in the U.S. Army during the Korean War, attended The Ohio State University earning his bachelor’s, master’s and Doctor of Veterinary Medicine degrees. Dr. Kracer owned and practiced at Blue Cross Animal Hospital in Cleveland Heights for 31 years. Upon retirement, he devoted his energies toward his farm acreage in Marblehead, eventually focusing on conservation acres. He was a member of St. Joseph Catholic Church, Marblehead, member of American Legion Post 555 where he was a past commander and chaplain. He served his community as a member of the Danbury Township Board of Zoning Appeals and was currently a member of the Danbury Township Board of Zoning as well as a long-time member of the Ottawa County Republican Party Central Committee.

He is survived by his beloved wife, Kathleen (Maley), sons Brian Erler of Englewood, Colo. and Rick Erler of Marblehead, siblings Francis (Jeannette, deceased) of Rocky River, Judy (Robert) Wathey of Cleveland, sister-in-law Joan of Parma, many nieces, nephews and extended family and friends. He was preceded in death by his parents, Frank and Theresa, siblings Gerald and Mary Therese Feller (Bill).

A memorial service will be conducted at a later date. Contributions may be made to St. Joseph Catholic Church, 822 Barclay St, Marblehead, Ohio 43440. Online condolences may be shared with the family at www.neideckercrosserpriesman.com. Neidecker, Crosser & Priesman Funeral Home & Cremation Service, Peninsula Chapel is handling the arrangements.