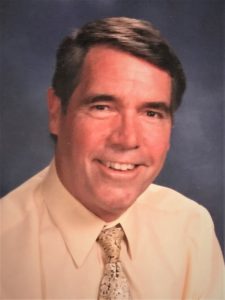 Robert “Bob” Geiger, 73, of Catawba Island passed away peacefully with his family by his side on Saturday, July 24, at his residence. He was born on Oct. 6, 1947 in Portsmouth, Va., the son of the late Raleigh and Virginia (Vallo) Geiger. On June 28, 1969 at St. Michael Catholic Church in Fort Loramie, he married the love of his life, Judith Marie Winner and she survives.

Following his graduation from high school, Bob received his undergrad at The Ohio State University, then he entered the Marine Corps reserves, where he remained through veterinary school also at The Ohio State University. He switched over to the Army as a Captain, and served in the Veterinary Corp. In 1980 he retired from the army, settled on Catawba, and opened his veterinary clinic where he practiced until he retired in 2017.

He was a member of Immaculate Conception Catholic Church in Port Clinton where he ministered as a Eucharistic Minister, served on Pastoral Council and the Evangelization Committee, taught RCIA for many years, led the Fishers for Christ Prayer Group for 28 years, and was a member of Christ Renews His Parish. He was a 4th degree Knight of Columbus; involved with Marriage Encounter for 17 years; He was also the ministry chairman for the Charismatic Renewal for the Toledo Diocese where he was also on Council. He was a board member of the “Coming Home Network” (The Journey Home).

His hobbies included sculpting religious pieces out of clay and giving them away to friends; playing guitar for the music ministry; and meeting every Wednesday with his cigar buddies in which they affectionately called themselves, “Theology out the Butt”.

He was a devout catholic and ministered to many whom he came in contact with by sharing his knowledge and devotion to God to others. His love for animals was evident by the many pets whom were brought to him for his gentle care for 42 years. Most importantly was his devotion to his family whom he loved dearly.