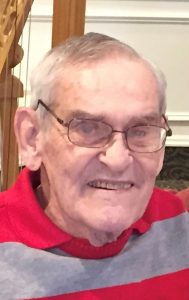 Robert “Bob” Redd passed-away peacefully on Wednesday Oct. 14. Bob was a wonderful father to his family, loyal friend to many and a lifelong supporter of his community and school.

He was born on Sept. 5, 1925 in Bellevue to Maurice and Florence Redd. Upon graduating from Bellevue High School (where he served as class president) in 1943, Bob joined the United States Navy and served in England and France until the end of World War II.

He attended Findlay College and returned to Bellevue to work for The First National Bank. He married Lois McMillan August 1st, 1948 in Bellevue where they raised 4 sons and worked their entire careers. Bob worked at the bank for 38 years and served many customers and friends over the years until his retirement in 1986 as Senior Vice President. Bob and Lois retired to Lakeside where they lived for 12 years. They moved to Otterbein North Shore Retirement Center in 1998, until his recent passing.

Bob was a great athlete at Bellevue and a lifetime sports enthusiast. He played football, basketball, and ran track for Bellevue. While attending Findlay College he played football and ran track. He was a lifelong fan of Bellevue Redmen, and especially enjoyed watching his sons and grandchildren participate. Bob and Lois were great fans of The Ohio State Buckeyes and attended many games.

Bob was a dedicated church member both in Bellevue and Lakeside. He was a member of St. Paul’s United Church of Christ for 60 years, and a 35-year member of United Methodist Church in Lakeside. Bob was a long-time member of Bellevue Elks, Lions, Chamber of Commerce and served as the City Treasurer for 16 years. Other organizations he belonged to were, the Masonic Temple of Bellevue for over 70 years and a 33rd degree Free Mason of the Scottish Rite of Toledo. Bob was also a member of the VFW and American Legion. 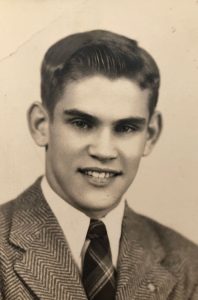 Due to Covid-19 and associated health issues and concerns, there will be a private graveside service. A Celebration of Life will be held at a future date and time yet to be determined. Memorial contributions may be given to Bellevue High School Alumni Association, P. O. Bos 191, Bellevue, Ohio 44811 or Lakeside United Methodist Church, 450 Central Ave. Lakeside, Ohio 43440. Online condolences may be shared with the family at www.neideckercrosserpriesman.com. Neidecker, Crosser & Priesman Funeral Home & Cremation Service is assisting the family with arrangements.