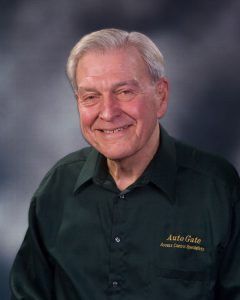 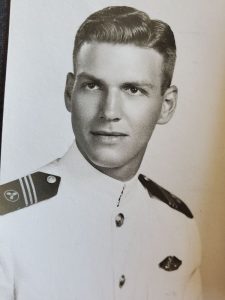 Bob was born and raised in Ashtabula, where he graduated from high school in 1948. He attended the United States Merchant Marine Academy in Kings Point, N.Y. and served as a Merchant Mariner during the Korean War. For the past 58 years, Bob lived in the Catawba Island and Sandusky areas, and resided at ‘The Commons at Providence’ for the last 8 years before succumbing to Alzheimer’s Disease.

He was employed by Cleveland Diesel and A.E. Ehrke, co-founded Shan-Rod Inc., founded Huron Fabricators/AutoGate Inc. in 1986, and retired from AutoGate, Inc. in 2006. AutoGate, Inc. remains a family-owned business, and is run by sons Bill and Don Rodwancy.

Bob loved to be on the water and was an avid boater. He also enjoyed playing cards, gambling, and skiing. Bob was an active member of the Elks lodge in Port Clinton for many years.

Donations can be made in Bob’s memory to the Alzheimer’s Association at http://act.alz.org/goto/BobRodwancy. There will be no service at this time, although there will be a celebration of life later this summer for all family and friends to gather and remember the good times.