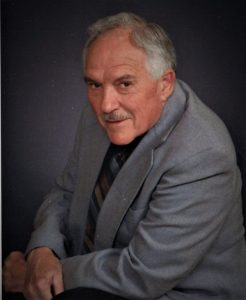 Robert C. Steinmiller, 77, of Helena, and formerly of Oak Harbor, passed away unexpectedly on Wednesday, Dec. 23, in Oak Harbor. Bob was born in Fremont on June 25, 1943, the son of Robert H. & Claire Belle (Brindley) Steinmiller.

A 1961 graduate of Salem-Oak Harbor High School, Bob was also a graduate of the University of Toledo, where he earned his Master’s Degree in Civil Engineering, graduated Cum Laude, and was a member of Tau Beta Pi Engineering Fraternity. He also taught engineering at UT. An active public servant, Bob was Deputy Ottawa County Engineer from 1965 to 1969, Ottawa County Engineer from 1997 to 2004, Salem Township Clerk from 1967 to 1994, and Clerk of Mid-County E.M.S. from 1979 to 1994. Bob operated his own surveying business from 1967 to 1999. He was a master carpenter and was very well known for his woodworking and construction abilities, having helped design and build the Gazebo which stands in Flat Iron Park in Oak Harbor, among other projects. Bob was a lifelong member of St. Paul United Church of Christ, Oak Harbor.

Bob’s life here was one of loving his wife, children, grandchildren, and home. His gifts were unsurpassed. As a self-taught carpenter, he loved to create. Kathy came up with the ideas, and Bob implemented them. He did a job to his fullest ability. If he had to do it over and over again, he did it until it was to his satisfaction. Their home is a living testimony to “a little slice of heaven,” and is Bob’s crowning glory. From the beautiful gardens to a home filled with love, he shared his creativity willingly and frequently with others. He was a man who created a life with Kathy and was grateful for the graces he was given. He relished in the accomplishments of his children and grandchildren and was an example to them and all he knew – of the importance to be truthful, honorable, loving, and sharing of the gifts that he was given.