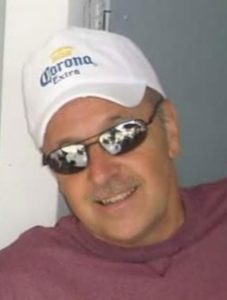 Bob was a 1970 graduate of Fremont Ross High School and was a Captain for the Sandusky County Sheriff Department as a dispatcher retiring in 2012 after 32 years of service. He was instrumental in starting up the Sandusky County Dispatch Center in 1982. Bob was also a member of the Ballville Fire Department for 17 years while he held several administrative positions. Bob was a Connoisseur of all styles of cooking, specializing in smoking meats and barbecuing. Bob was the rock and the go to guy for the family. He enjoyed fishing and driving the shores of Lake Erie. He had a sense of humor that played upon you as a jokester.

Visitation for Bob will be on Sunday, March 20, 1-5 p.m. in the Hanneman-Chudzinski-Keller Funeral Home, 416 S. Arch St., Fremont, Ohio 43420. Private Committal Service will be held in the St. Joseph Cemetery. Memorial contributions may be gifted in Bob’s name to Ballville Fire Department. Online condolences, as well as a fond memory may be shared with Bob’s family by visiting www.hannemanfuneralhomes.com.