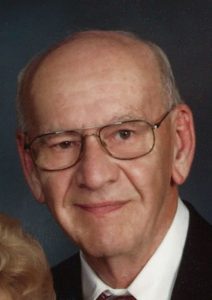 Robert P. Gulas, 84, of Catawba Island passed away November 30 at his residence. He was born June 1, 1935 in Cleveland the son of Paul and Emilie (Koren) Gulas. He married Ruth Rofkar on October 6, 1956 and she preceded him in death on August 8, 2009. Bob was a veteran of the United States Marine Corps Reserves. He was a 1953 graduate of Port Clinton High School and worked as a tool and die worker at New Departure. He received his Engineering Degree from Toledo University and worked for Ford Motor Company in Sandusky until retirement. He was a devoted caregiver to his daughter Cathy. Bob and his wife Ruth enjoyed boating especially to Kelleys Island and Put-in-Bay where they were members of The Crews Nest. They were also members of Catawba Island Club and they enjoyed vacationing to Sanibel Island and Hilton Head.