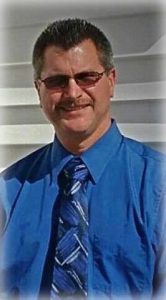 He was born August 6, 1965 in Port Clinton to Robert R. and Anna Mae (Foss) Lenke. Robert Jr. was employed at Materion Brush Inc. in Elmore and a member of St. Paul’s Lutheran Church, Oak Harbor.

Bobby had many hobbies. He was a D.J. for his own Lenke’s D.J. Services, a big fan of Ted Nugent and music in general, an avid Green Bay Packers fan and a Camaro enthusiast. He enjoyed going to auctions and hosting bonfires.

Burial will be in Salem Twp. Roose Cemetery, Oak Harbor.

Memorial Service at a later date due to the COVID-19 restrictions.

Please share an online condolence with the family at www.crosserfuneralhome.com.