Rockets bounce back to rout Willard, 34-0 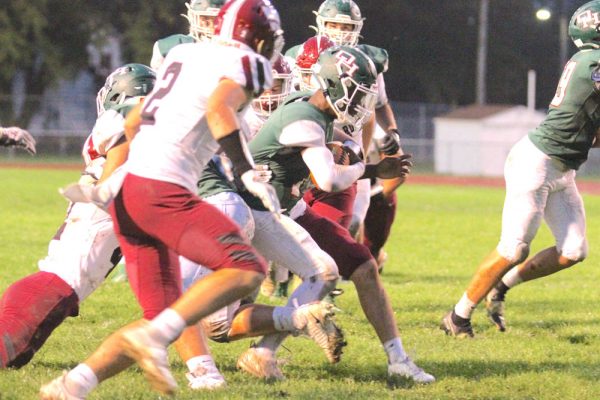 OAK HARBOR — Oak Harbor scored two touchdowns in the first seven minutes of the game and dominated in its 34-0 victory over visiting Willard on Friday night.

Rocket quarterback Jaqui Hayward scored on a 6-yard touchdown run with 8:21 to play in the first quarter, and Cade Petersen’s extra point made it 7-0. Less than three minutes later, Judson Overmyer caught a 61-yard touchdown pass from Hayward, pushing the lead to 14 points.

Hayward completed 4-of-8 passes for 99 yards and two touchdowns, Overmyer caught two passes for 68 yards on a score and Dalton Witter carried the ball 12 times for 95 yards and a touchdown.

“We definitely want to get as many guys involved on offense as possible,” said Oak Harbor coach Mike May. “We had Dalton Witter, Carson Ridener and Jaqui Hayward all with at least 10 carries. Jaqui also threw two touchdown passes. Judson Overmyer, Hayden Hower and Hayden Buhro all had big catches for us, also.”

The defense pitched a shutout after giving up 21 points in each of the last two games, both of which were losses.

“I thought that, defensively, we had another solid game. Our main focus was to prevent big plays, and we were able to accomplish that,” said May. “Our guys did a good job of playing disciplined football.”

It was a much-needed victory after a bad call cost the Rockets in their previous game, a 21-20 loss to Edison. 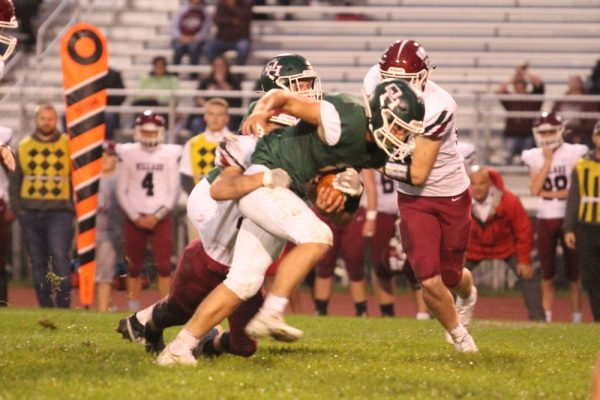 Dalton Witter, Carson Ridener and Jaqui Hayward all had at least 10 carries in a balanced Rockets’ attack.

“Our kids did a great job of focusing on the next game after the tough ending that we had against Edison,” said May. “I was definitely proud of how resilient they were.”

On Friday, the Rockets travel to Port Clinton to face the Redskins. Port Clinton (8-1, 4-0) is coming off a big, 31-20 victory over Huron to ensure the ‘Skins at least a share of the Bay Division title.

“We are excited for week 10. Port Clinton is having a great year and is very talented. Their offensive is explosive and they have a huge offensive line. Their defense is really aggressive and runs to the ball,” said May. “They are the most talented team that we have faced this season. We will need to have a great week of practice and be ready to play come Friday.”