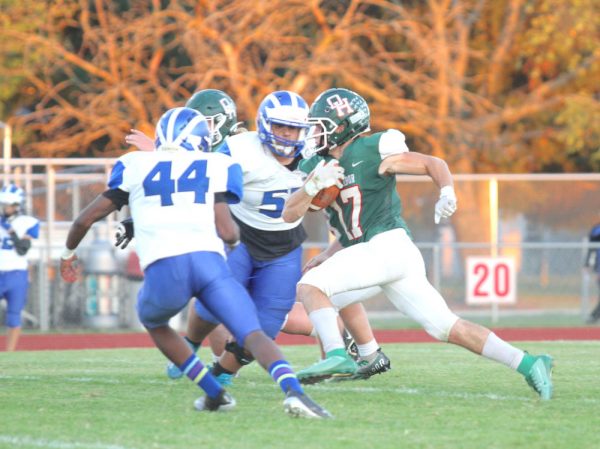 The Oak Harbor Rockets scored 27 points in the 4th quarter to pull away from Rossford last week, and showed their versatility by scoring 21 points in both the first and second quarters to take control early in a 48-0 win over host Toledo Woodward last Friday night.

They did it the Oak Harbor way, dominating on both offense and defense. Six different players scored touchdowns for the Rockets — Dalton Witter, Judson Overmyer, Garry Brooks, Hayden Buhrow, Keegan Witt and Jacqui Hayward. Hayward scored a par of touchdowns. 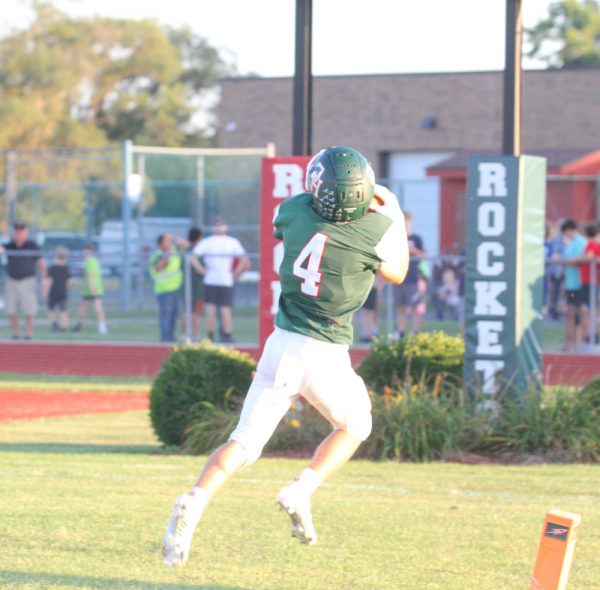 Judson Overmyer (4) hauls in a touchdown pass in Friday’s Oak Harbor win over Toledo Woodward. This was Overmyer’s first game back after getting carted off a few weeks ago on a backboard. (Photo by Julie Overmyer)

On the other side of the ball, the Rocket defense allowed Woodward just two first downs during the entire game. The Rockets are now 3-1 on the season and will play Toledo Bowsher at the stadium for Toledo Rogers this Friday.