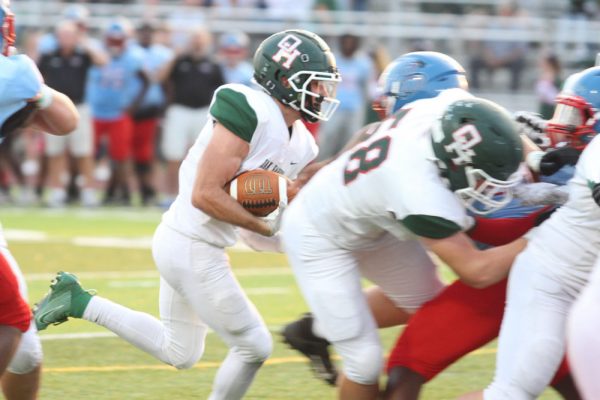 Judson Overmyer of Oak Harbor returns an interception for a touchdown on Friday. (Photo by Julie Overmyer)

I’m sure by now that the Toledo Bowsher football team has seen enough of Ottawa County opponents. Last week, Bowsher endured a drubbing from Port Clinton. This week they were literally ground up by the Oak Harbor Rockets. The Rockets scored all of their points by the end of the third quarter, taking a 56-0 decision.

The game was played at Toledo Rogers stadium due to a sinkhole that strangely showed up in the middle of Bowsher’s home field in Toledo. 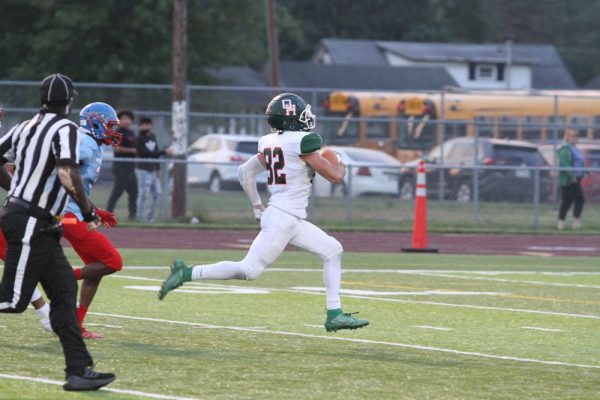 The Rocket defense was equally as dominant, allowing only 64 total yards plus returning a pair of pass interceptions by Judson Overmyer and Leyton Losie for touchdowns. Offense, defense, special teams . . . the Rockets dominated throughout.

This Friday, the Rockets hit the road again for a game at Vermilion.