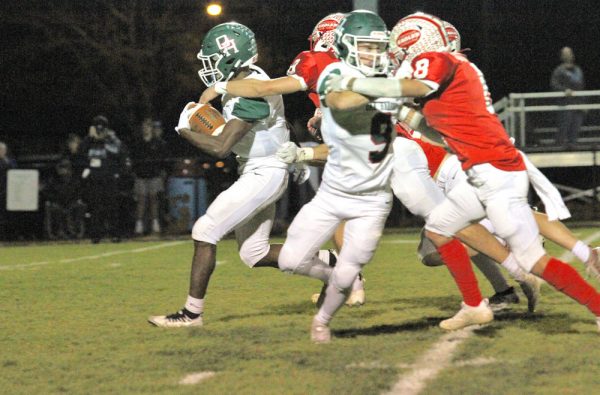 The Oak Harbor Rockets were looking very good at halftime. Unfortunately they still play 48 minutes,not 24. In the second round of the Division V Ohio Football Playoffs, Eastwood scored three second half touchdowns to claim a 24-20 victory and remain undefeated at 12-0.

The Rockets offense looked very good in the first half, and the defense was also doing a good job of holding Eastwood’s All-Ohio quarterback Case Boos at bay. Jacqui Hayward opened the scoring on a 7-yard run early in the second quarter. Garry Brooks hauled in a 9-yard touchdown pass from Michael Lalonde to put the Rockets up 14-3 heading into the locker room. 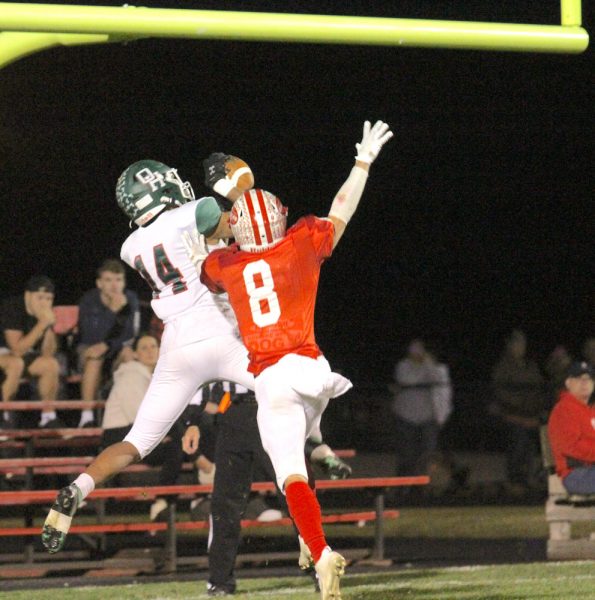 Good teams make adjustments at halftime, and Eastwood is a very good football team. Boos started getting free and finding holes in the Rocket defense. Boos didn’t throw the ball much, but when he did, he did it with great effect. He completed two passes for 91 yards, including a 61-yard touchdown strike to Kaiden Sanchez with just over 5 minutes left in the game to put the Eagles up 24-14.

The Rockets have proven to be a resilient football team this year, and Friday night was proof of that. They drove down the field and Hayward scored his second touchdown of the night to pull the Rockets within four points. However, Eastwood blocked Fulton Krupp’s extra point try, leaving them four points down with just 1:19 left to play.

Boos was able to run the clock down to preserve the win for Eastwood. 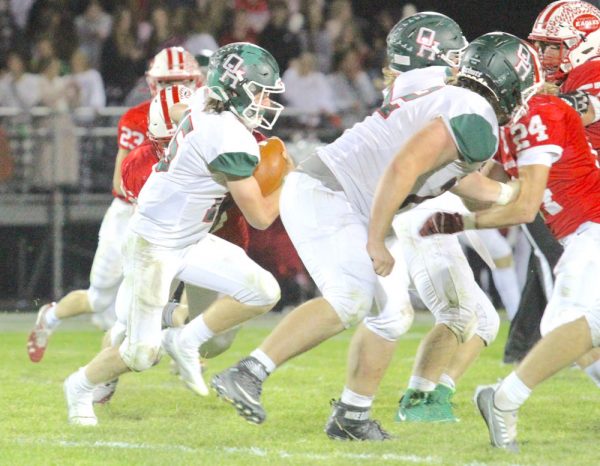 Boos led all rushers in the game with 191 net yards. The Rockets actually had six more first-downs in the game than Eastwood with Carson Ridener carrying much of the load gaining 72 yards on 15 carries. He also pulled in five passes for another 54 yards.

Sophomore QB Michael Lalonde was busy completing 18 of 30 passes for 258 yards and one touchdown to Brooks. Hayden Buhro pulled in seven passes for 37 yards.

There’s little doubt that 2023 should be an interesting year for Oak Harbor football. A good number of veterans will return, as well as a quarterback who played really well his entire sophomore season. And, of course, the long-standing Rocket football tradition.

On top of that, they leave the Sandusky Bay Conference and start play in the Greater Buckeye Conference. Coach Mike May and his staff have a lot to be proud of from this season and a lot to look forward to next season.