Rotarians hosting a rally for Ukraine on April 7 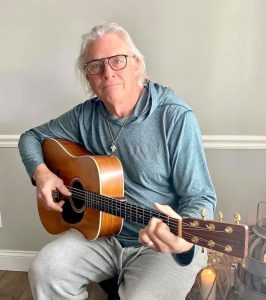 Musician John “Crash” Davenport of the Catawba Peninsula and his Island Song Trio band will join the Rotary Club of Port Clinton in hosting the Rotary Rally for Ukraine on Thursday, April 7 at 6 p.m. The musical jam is at Davenport’s recording studio and concert venue HALO, 805 Wayne St., Sandusky.

Donations will be accepted at the door. Bring a covered dish and favorite spirits to enjoy, noted Davenport, the President-Elect of the Rotary Club of Port Clinton, an accomplished local entertainer and a retired U.S. Air Force pilot.

“I really want to help the unfortunate Ukrainian families suffering from the Russian onslought, and so have so many others,” said Davenport, who will also be joined by entertainer Paul Franks. “This should be a fun evening for a great cause.”