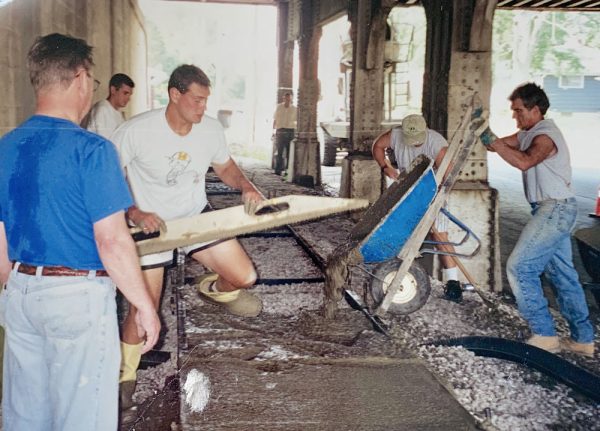 In 1998, Rotary replaced a portion of the Port Clinton sidewalk under the railroad viaduct on Fulton Street for safety’s sake and to help beautify the city.

Rotary Club of Port Clinton is celebrating 75 years of providing a helping hand to community neighbors, as well as global friends from afar. The history of the service club, chartered Feb. 19, 1946, demonstrates its spirit of giving.

“I’m very proud to be part of a wonderful organization that has had such a positive impact in our community over the past 75 years,” said President Pat Adkins. “The work we have been able to do has benefitted not only our local community, but our international community, as well.”

“I was initially impressed with its PolioPlus efforts,” said Osborn. “That was my background — control of communicable diseases. And it was important for me, as a community leader, to connect with other community leaders,” she said. Rotary has been working to eradicate polio for more than 35 years. As a founding partner of the Global Polio Eradication Initiative, Rotary has helped reduce polio cases by 99.9 percent. 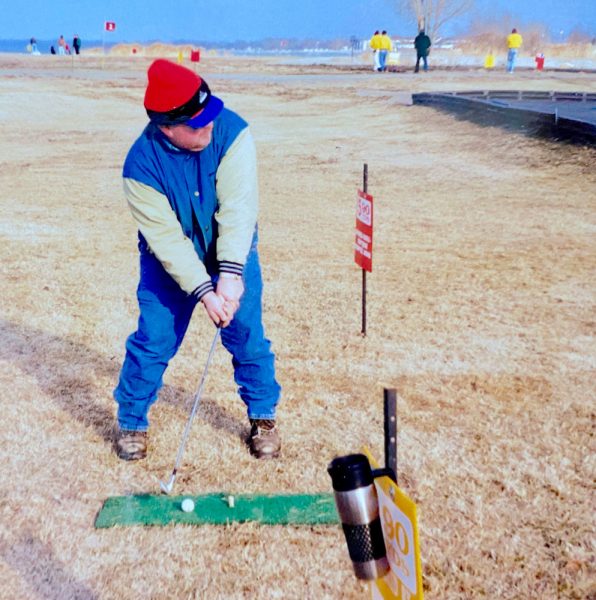 Years ago, golfers teed up in support of Rotary’s popular “Chili Open,” a par-3 winter fundraiser.

The first female Port Clinton Rotarian, Osborn joined the businessmen’s service organization in 1989, not long after the Council on Legislation voted to admit women into Rotary clubs worldwide. She refused to consider herself a trailblazer.

“While I was the first woman, I was not the last,” she reiterated.

Today’s Port Clinton Rotary was originally organized as a Lions Club and changed to the Gateway Club before being admitted to Rotary International. The club of 33 charter members was led by President Franklin Heiserman. Membership fluctuated from under 25 to more than 70, through the years. It presently maintains about 40 community members who meet weekly on Tuesdays at noon (virtually, until further notice, because of Covid-19), at 1812 Food & Spirits. The club’s past homes have included St. John’s Lutheran Church, Underwood’s Seafare Room, the VFW, The Island House, and the Elks. 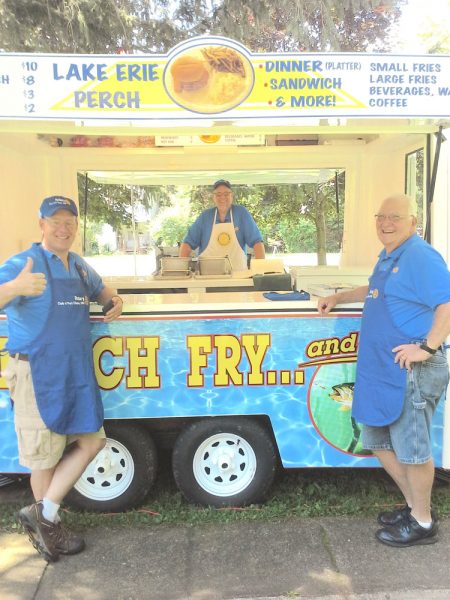 Being an international organization, Rotarians from all over the world have visited Port Clinton meetings, often leaving a banner from their homeland as a gift.

“I like that Rotary provides so many opportunities,” said Rotary District Assistant Governor Coordinator and past Port Clinton Chapter President Duane Waite. “It’s how you take advantage of those opportunities on a local level, district level and international level that is important.”

Rotary International is a “global network of 1.2 million neighbors, friends, leaders, and problem-solvers, who see a world where people unite and take action to create lasting change.” Port Clinton’s club has created change by taking on many major community improvements. That includes helping to sponsor the school stadium renovation project and the creation of the all-inclusive Flagship Collaborative Play Place at Lakeview Park. It provides scholarships to high school students and sponsors the yearly scholarship banquet.

John Madison, Treasurer of the Port Clinton Rotary Foundation, established the foundation with perpetuity of those funds in mind, so students may continue to benefit in the future.

Internationally, Port Clinton Rotary donates to M.E.S.A. and recently helped the Wasambo Water Project. In recent months, it supplemented Bistro 163’s pandemic efforts, backed Ottawa County’s Imagination Library program, rang the bell for the Salvation Army, and quietly continued to give in a year when fundraisers had to be put on hold. 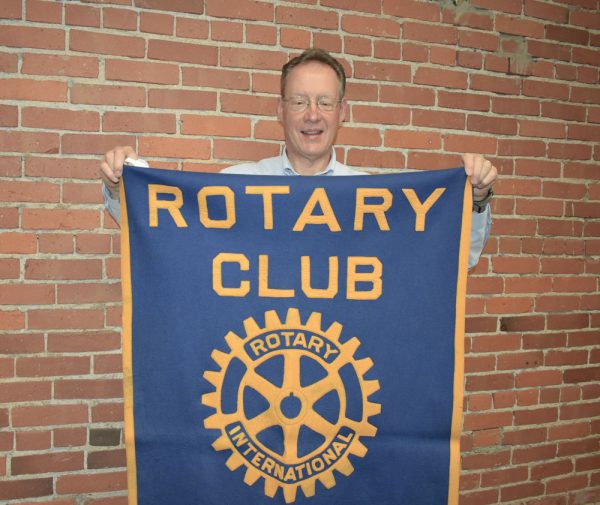 Both Waite and Madison have many fond club memories, but a favorite is the year Bassett’s IGA sponsored Rotary “Chili Open” fundraiser when it almost didn’t happen. In 1997, the par-3, February golf event, featuring Wendy’s donated chili and live entertainment, saw a storm flatten the event tent located at Cemetery Road on Catawba. Determined to avert a cancellation, past club member Kent Smith arranged with J&J Sales to take over their space. Within hours, volunteers broke down and recreated the entertainment venue, reset the outdoor golf course, and, “just made it happen,” as Madison explained.

“The Rotarians all worked together as a team,” said Madison, a member since 1996. “I was so impressed. I remember thinking, ‘I’ll always be a part of this group.’ That was a wonderful, wonderful experience. Nothing was going to stop Rotary, and we had a lot of fun.”

The golf event ran its course, joining the poinsettia sales, chicken barbecues, fish fries, and other fundraisers of the past. The club’s Perch Wagon, a profit source for more than 15 years, has generated nearly $80,000 for the club, thanks to members’ sweat equity and the determination of Ed Markel and Gary Good.

In recent years, the wagon saw earnings of $10,000 per year. Though it has not been decided if the Perch Wagon will be in operation this coming season, plans are being considered for a revised, socially-distanced Pizza Challenge, an equally-popular club effort headed by Duane Waite. Stay tuned for details.

Celebrating the words of the late Ro Chapman (President, 1968-69), “I remember a club that found a way to make good things happen … that was not afraid of change … that turned to community service to help answer its problems,” Rotary Club of Port Clinton has spent the past 75 years demonstrating a knack for generating a future bright with answers.

The club welcomes new members interested in giving back to the community via fellowship with other business, and professional and community leaders. Questions may be directed to President Pat Adkins, padkins@pccsd-k12.net, or call Duane Waite at 419-797-9006. Visit the Rotary Club of Port Clinton Facebook page, for details.