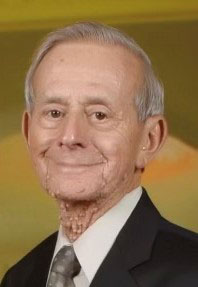 Rudolph Eugene Dracka, 84, passed away peacefully on Sunday, July 17, after a brief illness. Rudy was born in Detroit on Dec. 30, 1937, and raised by Luigijean and father Clarence Dracka. They moved to Port Clinton when Rudy was a young boy. He graduated from Kemper Military School in 1958 and returned to Port Clinton to work at the family business, Port Clinton Manufacturing. He married Clara Ann Wolf on July 1, 1967. He and Clara had an extremely full life raising their two children. They were active sailors and immensely enjoyed the sailing community at the Port Clinton Yacht Club.

They also enjoyed camping and took many adventures around the United States throughout their entire lives. He enjoyed everything about history and never stopped reading. Rudy was most passionate about his hobby, photography which he has documented thousands of moments throughout his life. In addition, Rudy was an active community member. He was the past President of Catawba Kiwanis; a Fourth degree Mason of the Perry Lodge; a member of The Statue of Liberty-Ellis Island Foundation; a member of Immaculate Conception Church, the Elks, and the Port Clinton Yacht Club. He retired as the Vice President of Port Clinton Manufacturing in 2005. In retirement, he enjoyed the Ottawa County Genealogy and the Photographers Club. But most of all, he enjoyed being “Poppy” to all of his grandchildren. Rudy will be sorely missed by those who knew and loved him.

Instead of flowers, kindly consider a donation in memory of Rudy to one of the following places: The Island Safe Harbor Animal Sanctuary; or the Ottawa County Community Foundation; or the Port Clinton Lighthouse Conservatory. Online condolences may be expressed at www.walkerfuneralhomes.com