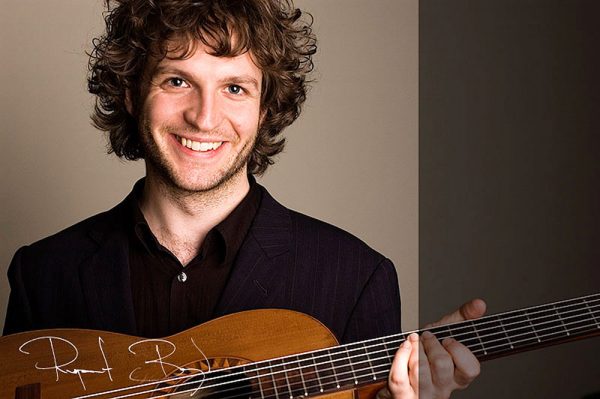 A Washington Post critique noted: “Remember the name Rupert Boyd. While there may never be another classical guitarist like Segovia, this young Australian left his audience with the impression that someday there may not be the likes of him again, either.”

At 22, Boyd moved from Australia to New York City with just a suitcase and a guitar, and not knowing a single person in North America. He has subsequently become known as one of the finest guitarists of his generation.

Active as both a soloist and chamber musician, Boyd has performed in Port Clinton in “Boyd Meets Girl,” with cellist Laura Metcalf. Boyd Meets Girl’s debut album reached No. 3 on the Billboard Traditional Classical charts and received the following review in Gramophone Magazine: “They play like one, with a harmony of purpose as sure as their intonation.”

Boyd also has three solo albums. “The Guitar,” Is described as “an utterly exceptional recording” by Classical Guitar Magazine, and “a must-have album of 2019” by This Is Classical Guitar. Fantasías was selected by American Record Guide as “Critic’s Choice” of 2016, and Soundboard described the work on Boyd’s debut recording Valses Poéticos as “one of the best recorded performances of this work on guitar.”

This performance is sponsored by the Frederick Agency and Aquarius Waterfront Cocktails and Bistro. Tickets are $20 at the door; student admission is free. Additional information is available at musicalartsportclinton.com and rupertboyd.com.