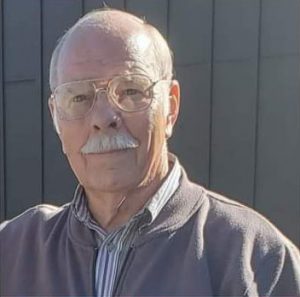 Russell Allen Dubbert, 74, a longtime resident of Troy, Ala. passed away on Saturday, March 13 after along battle with leukemia. He was laid to rest at Green Hills Memorial Cemetery, Troy, Ala. Russell was born in Port Clinton and drafted in 1966, after graduation. He was stationed in Fort Rucker, Ala. where he served as a helicopter training specialist. He met his wife of 52 years, Margaret Mobley Dubbert, of Troy.

He spent 34 years with CSX as a locomotive engineer, had a love of cars as a mechanic and a love of his dogs. Russell is survived by his wife, Margaret, and daughters Carla Gary Shoffeitt of Atlanta, Ga. and Marie Casey of Chancellor Ala., grandchildren Ashley Cale, Lauren Shoffeitt, Morgan and Luke Casey, Mother, Helen Dubbert of Port Clinton, sisters Bonnie Cliff Welch, Karen Wanye Snyder, Carolyn Don Lane, Dianna Bill Reed. He was preceded in death by his father, William E. Dubbert. The family ask that donations be made to humane society in memory of Russell Dubbert.