Russell L. Deal, 97, of Port Clinton, Ohio passed away at Seneca House, Tiffin, Ohio on Dec. 8, 2018.  He was born July 17, 1921 to Oliver Deal and Alta McCaron from Oak Harbor, OH.  He was married to Norma Vogt for 58 years. He was the owner of Deal’s Antiques.  He had three children: Joanne of Las Cruces, N.M.; Jeff of Lake Jackson, Texas, and Shelley of Hilliard, Ohio; one granddaughter, Tonya of Marysville, Ohio and two great-grandchildren, Collin and Hannah.

He was a World War II veteran (1942-1946). He served at Erie Army Depot. He belonged to NARFE, American Legion Post #113, Elks and Moose Lodges. He was preceded in death by his wife Norma and eleven siblings. He is also survived by his sister, Jane Davenport.

Funeral services will be announced at a later date.  Neidecker, LeVeck & Crosser Funeral Home & Cremation Service, Port Clinton is handling the arrangements.  Online condolences may be shared with the family at neideckerleveckcrosser.com . 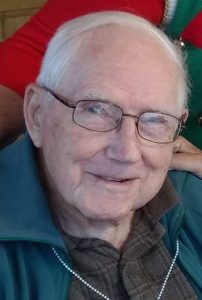