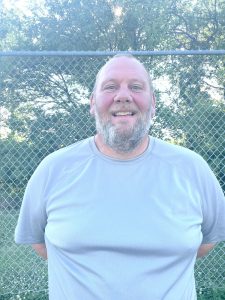 After coaching the Oak Harbor boys soccer team for 12 years, the final two as the head coach, Ryan Lacer has decided to take on a new challenge. Lacer was been named the Rockets’ girls soccer coach, and is excited about the possibilities for his team.

“I started coaching girls back when my daughter was playing, close to 10 years in club soccer,” he said. “I wanted to coach the girls, it was a great opportunity that came open.”

He’ll have his work cut out for him as Oak Harbor graduated a special group of seniors that were led by the trio of Hannah Schulte, an all-Ohioan, Ripley St. Clair, one of the best goalies in school history, and Remi Gregory, a fine midfielder. Also graduating were Kaley Daniel, Kori Helle and Amelia Mizelle. Cienna Heineman, Katie May, Ally Garner, Emma Baumgartner and Maggie Puckett. The class won two district championships, three league titles and four sectional championships.

“We’re definitely losing a lot of seniors who were really good the last four years. Hannah scored something like 30-some goals and was SBC Bay Division Performer of the Year. Remi was really good playing midfield. Ripley started at goal for years. We’re losing most of the starting defense in Kori Helle, Amelia Mizelle and Kaley Daniel, as well as Emma Baumgartner.”

This will be the Rockets’ final year in the Sandusky Bay Conference Bay Division, which they’ve dominated for many years, before moving to the Northern Buckeye Conference.

“The SBC has definitely gotten a lot better. Port Clinton was really good last year. I expect them to be battling with us. Huron has been pretty good the last few years, too. I think they beat us for the league title 3-4 years ago,” said Lacer. “Huron has a good club. Vermilion and Edison, they usually have solid teams. Within the last 5-6 years, the competition has been getting tougher in the SBC.

“That also goes for northwest Ohio. The last couple of years, we played Central Catholic in the tournament and Wauseon. Genoa every year has been a good rivalry.”

Lacer said he learned a lot under Ken Filar, who did a magnificent job coaching the boys program to a number of league and district titles.

“I absolutely enjoyed Coach Filar, he taught me a lot,” said Lacer. “He made me realize getting the little things right helped get to the bigger things and the bigger picture,” Lacer said. “I’m just very thankful I had the chance to coach with him. He tried to play simple soccer, and that’s what I’m going to attempt to do this year.”

Lacer talked about some of the female players he expects to compete and possibly lead the program.

“Lily De Tray is very focused on getting better. She’s been working hard at some of our summer workouts,” said Lacer. “Hollie Robinson excels and has a lot of potential. I’ve coached Adrienne Schiets a little bit, and she’s looking really good. Effie Schulte is going to be contributor for us.

“I’d like to see them play disciplined defense, be unselfish, work as one unit, and as a team,” he said. “I want them to be leaders, especially the upperclassmen. I’m possibly only going to have three seniors this year.”

Lacer takes over for Renee Williamson, who was the coach for 19 years and is the only coach the program has known. She accumulated a record of 268-61-32, won 13 league titles, 14 sectional championships, four district titles and one regional championship.

“Coach Williamson has left the program in very good shape,” said Lacer. “To bring the program from the ground up, she’s done an excellent job. The last six years they’ve won district titles and a regional final. I hope to keep it at that level.”