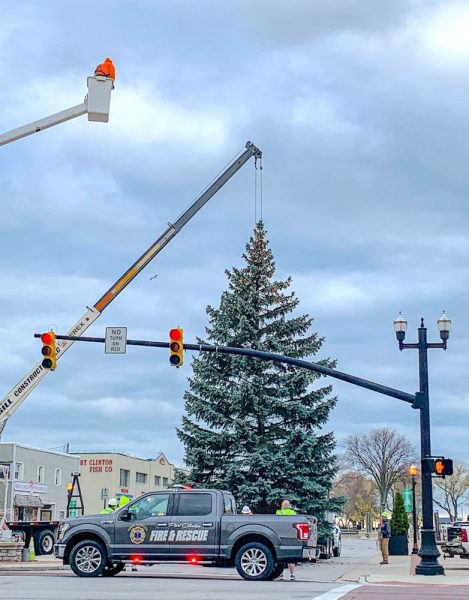 This year, Christmas is going to be big in Port Clinton. You could even say it’s going to be a festive 50-foot tall.

On Monday, Nov. 14, a 50-foot pine tree was cut down at the Harrison Street home of Leo and Bailey Samaritoni and moved to downtown Port Clinton, where it will be strung with lights and shine as the city’s biggest Christmas tree ever.

“We thought it was 40-foot, but they told us it’s about 50. They said it’s the biggest Christmas tree the city ever had,” Bailey said. 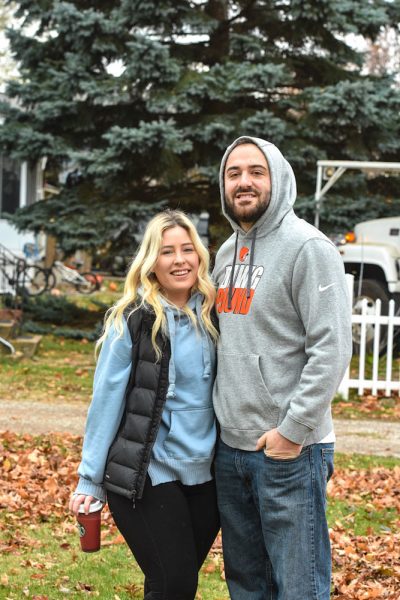 Bailey and Leo Samaritoni stand in front of the pine tree they donated to the city moments before it is cut down.

The tree was felled, moved and mounted downtown through the collaborative efforts of Gill Construction, Port Clinton Fire & Rescue, Port Clinton Police Department, City of Port Clinton and, of course, the Samaritonis, who donated the tree to the community. A tree lighting ceremony will be held on Saturday, Nov. 19 at 6 p.m.

“We moved here two years ago, and we thought it would be a really good idea. It’s the perfect tree for it,” Bailey said. “We are really excited. We are going to go to the tree lighting ceremony. I work at Db Beaute, and all the girls I work with are going to go.”