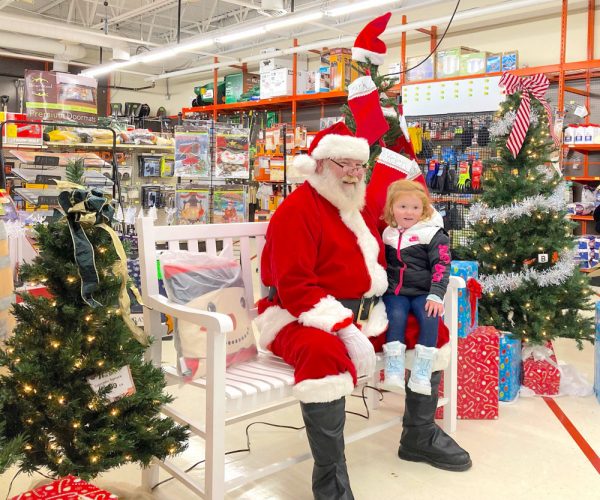 Santa Claus asks Reece Grabaman what she wants for Christmas.

The BIG GUY IN THE RED SUIT (a.k.a. Santa Claus), made his annual visit to Port Clinton an early one last Saturday.

Bassett’s Market hosted the 10th annual Cookies and Cocoa with Santa and his reindeer and large crowds were eager to see Jolly Old Saint Nick, especially kids eager to have presents under the Christmas Tree.

Assistant Store Manager Mark Keller said Santa’s visit “is a great family event. It happens every year on the Saturday after the Ohio State-Michigan game. It’s a great way to end the Thanksgiving Holiday.” 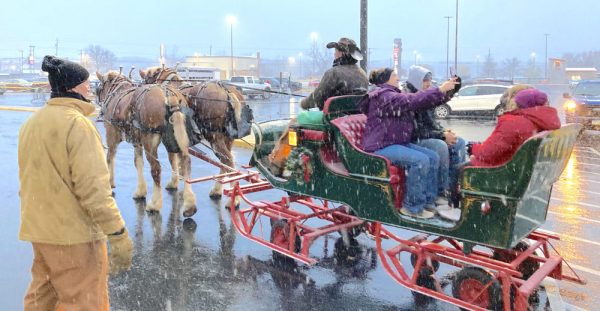 A lucky rider takes a quick picture as the horse-drawn sleigh heads out for ride around the Bassett’s Market parking lot.

Santa brought along some of his friends. Donner and Blitzen made an appearance, to the delight of their young fans. Parents stood by the reindeer pen with their children in their arms to give the young ones a view of the reindeer.

Old Saint Nick even shared his sleigh. Two equestrian friends of his volunteered to pull it, and folks happily stood in line under a snow filled sky as Santa’s helpers took a steady stream of bundled-up riders around the parking lot. 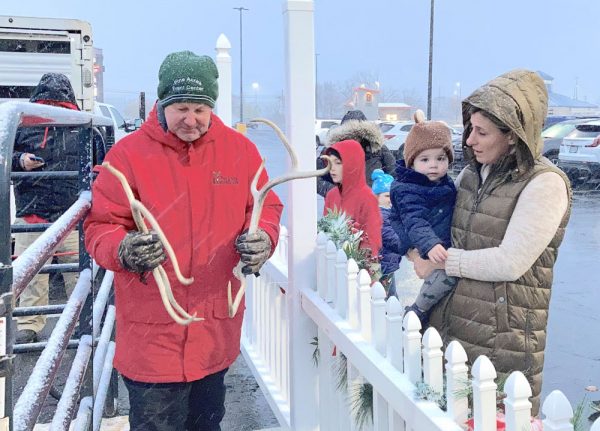 Tiffany Gwinn and her daughter, 2½-year-old Harper, get a close up view of some reindeer antlers by Santa’s reindeer pen.

Santa himself was in residence in the Bassett’s spacious hardware store, a nice venue for checking his list, and finding out who was naughty or nice. Children of all ages (all nice, of course) lined up to meet with the Big Guy and share their Christmas wishes.

As always, Santa was gracious and kind.