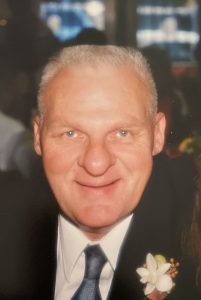 Scott Harris Cochran, 76, passed away peacefully on Jan. 17, at his home in Green Valley Ariz. after a short battle with cancer. He was born on April 27, 1944 in Ann Arbor, Mich. to parents Paul L and Joanne I Cochran. Scott married his love, Judith Mendenhall on December 28, 1996.

Scott attended school in Port Clinton. After high school, he joined the United States Marine Corps and served for 4 years at Camp Pendleton, Calif. Scott was a very proud American. He loved his country and proudly displayed the American flag at his homes, businesses and on his vehicles. He was honored to serve this great country in the USMC.

Scott moved his family to Peoria, Ill. in 1978 when he and his father purchased a PIP Printing franchise and planted roots in Peoria. His career spans more than 40 years as owner of PIP Printing and more recently YESCO Sign and Lighting. Scott’s passion was his business, and his business was his hobby. He cared very much for his employees and thought of them as family. Under Scott’s leadership he grew the business to include many small, medium and large businesses in central Illinois as well as customers throughout the United States. His accomplishments include leadership roles in the PIP national franchise group, serving as President of the National Advisory Council in the late 90’s and early 2000’s. Scott was honored for his outstanding contributions and named PIP Printing’s Franchisee of the Year in 1994. The Franchisee of the Year award is given to an individual who not only runs a successful and efficient operation, but to one who has also made significant contributions to reinforce and improve the franchise network, by supporting and encouraging fellow franchisees and working to strengthen the PIP network. He also served many years as a consultant for PIP corporate. He was a true visionary and pioneer in the printing industry and his accomplishments will always be remembered.

Scott loved to travel. He and his wife Judy were blessed to vacation throughout the U.S., Europe, Middle East and Asia. They loved to cruise and spent many days traveling the seas throughout the world. Along with traveling, Scott had a love for cars. He was often found tinkering on the latest vehicle he had in his garage. He was known for customizing his vehicles to represent his individual personality. One of his most recent and unique purchases was a Japanese fire truck which he enjoyed driving through the neighborhood with his grandkids in tow and sirens blaring.

He will be missed and always remembered as a loving husband, father and grandfather.

Memorial contributions can be made to the Peoria Humane Society at peoriahs.org. A Celebration of Life will be held at a later date in Peoria, Ill.