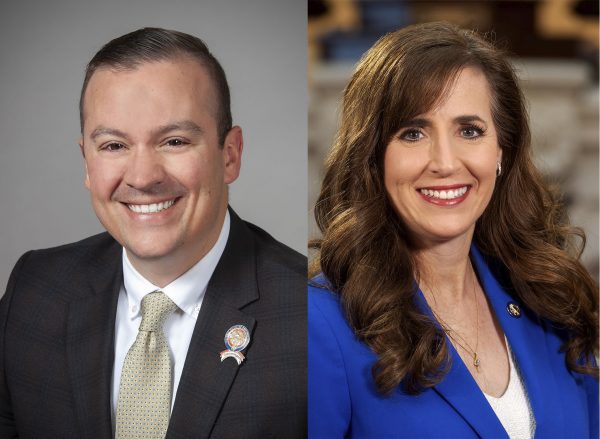 Ottawa County’s two state legislators, Sen. Theresa Gavarone and Rep. D.J. Swearingen Jr., have both have announced they have filed to run for full terms in the 2020 election. Both were both appointed to their posts in 2019.

Gavarone, a Republican from Bowling Green, will be bidding for her first full four-year term. She had filled a vacancy in February created when former Sen. Randy Gardner was named chancellor the Ohio Board of Regents.

Gavarone’s Senate District 2 includes Ottawa, Erie and Wood counties and parts of Fulton and Lucas counties. She had been a state representative, appointed in 2016 in House District 3.

Gavarone practices law and co-owns the Mr. Spots restaurant with her husband, Jim.

Swearingen, a Republican from Huron and head of the Erie County Republican Party, was appointed in August after Rep. Steve Arndt of Port Clinton decided to retire on July 31 to spend more time with his family and to go sailing. Swearingen will be campaigning for a full two-year term in House District 89, which covers Ottawa and Erie counties.

Swearingen practices law with the firm Wickens, Herzer, Panza, which has offices in Sandusky and Avon.

In other political news, Jessica Cuffman-Dress was finally declared the winner over Judith A. Berry by a slim two-vote margin to become the new mayor of the Village of Put-in-Bay. The final count released by the Ottawa County Board of Elections had Dress winning by a 57-55 count.

Dress had been president of Put-in-Bay Village Council, and became mayor after former Mayor Bernard “Mack” McCann resigned in February.