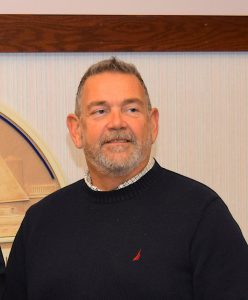 Before accepting the post of safety-service director with Port Clinton in October 2017, the professional focus of Olen Martin’s career since 9/11 had primarily been in homeland security and counter terrorism-related missions. This week, Martin announced he’ll be accepting a position that will allow him to utilize that skill set as part of our country’s anti-terrorism mission on an international level.

“This is an opportunity that is too tremendous for me to pass up,” said Martin. “The decision to leave was difficult because I love this area and believe Mayor Mike Snider’s vision and leadership will take Port Clinton to new heights and progress it has never seen.”

Martin worked for the Ohio Northern Border Initiative of Homeland Security before signing on with Port Clinton, and his efforts earned a 2018 Homeland Heroes Award at the 2018 Homeland Security Today Awards in Arlington, Va. Martin had participated in marine, land and aircraft patrols, helped develop detection practices to assure radiological and nuclear protection and he lobbied for sophisticated equipment to aid in the mission of homeland security.

Martin has worked for a variety of law enforcement agencies over the past three decades. He has been a fan of Lake Erie since spending summers here with his family, avid anglers and boaters.