Shoppers sip, and have fun! 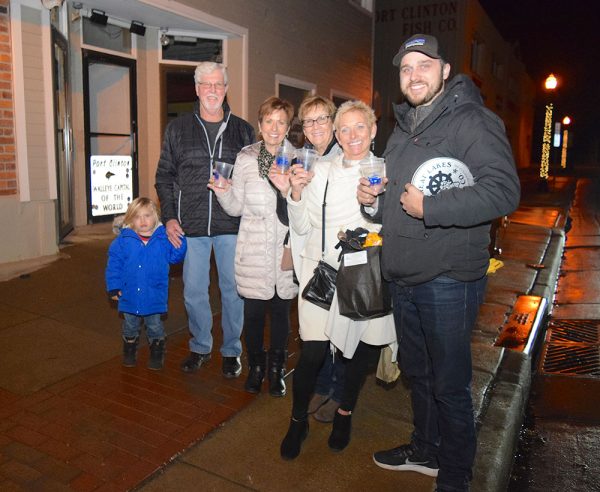 A group of happy shoppers enjoyed their favorite beverages on Saturday as they wandered North Madison Street during the 4th annual Sip & Shop in Port Clinton. 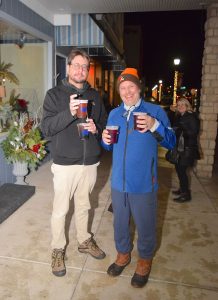 Jonathan Downing and Rick Dale of Catawba Island did a lot of sipping as their wives and kids shopped during the 4th annual Sip & Shop on Market Street in downtown Port Clinton on Saturday evening.

Most everyone agreed the 4th annual version of the Sip & Shop in downtown Port Clinton had a special vibe. Of course, those were the folks carrying a special MORA cup allowing them consume an adult beverage as they visited all of the retail shops.

“This is a great idea,” said Jonathan Downing of Toledo, who also has family summer home on Catawba Island. “I can’t believe how crowded the shops are this afternoon. It’s great for my wife and the kids, and my neighbor, Rick Dale, and I don’t mind a bit tagging along with our families while they shop.”

There are rules and limitations to the new MORA law, fashioned after Toledo’s DORA law. Drinks at the local taverns and restaurants have to be in a special MORA plastic cups, and are not allowed in other bars, or outside the MORA Zone, which is marked by metal signs. Every bar has a placard showing the zone, and the rules.

Shop keepers were hoping a light drizzle would hold off until after the Christmas Tree lighting ceremony at Perry and North Madison streets. Even though the sprinkles and the 8 p.m. lighting on Saturday arrived at about the same time, Mayor Mike Snider was delighted with the size of the crowd to see the lighted tree donated by Mike Heniken and his wife, Debbie Hawthorne, of Danbury Township.

It helped that Snider kept updating the score of the Oak Harbor-Orrville regional final football game in Elyria, a thriller won by Oak Harbor, 35-28. And that all of the pubs and taverns had college football on their big screens, and fans were delighted with Ohio State University’s early afternoon win over Penn State, 28-17. 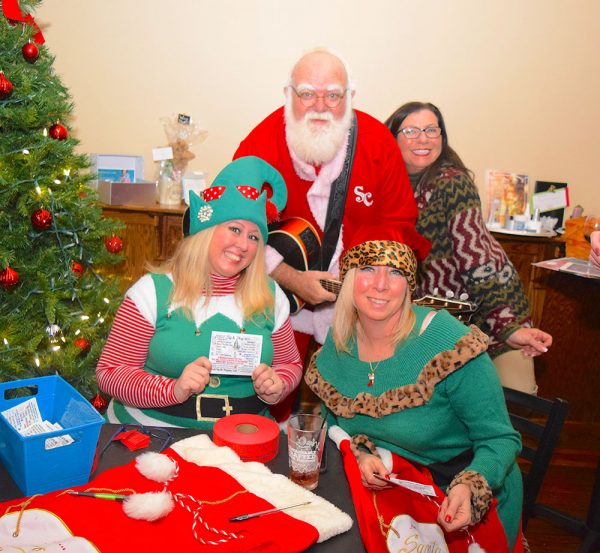 There were plenty of prizes to win at the 4th annual Sip & Shop in Port Clinton. Shoppers had entry cards marked at the various retail shops, and stopped at the Clinton House to hand them over to Santa’s elves, Kelly Rigoni of Northern Exposure and Valerie Hoeber, under the watchful eye of the Singing Santa, J.D. Owen.