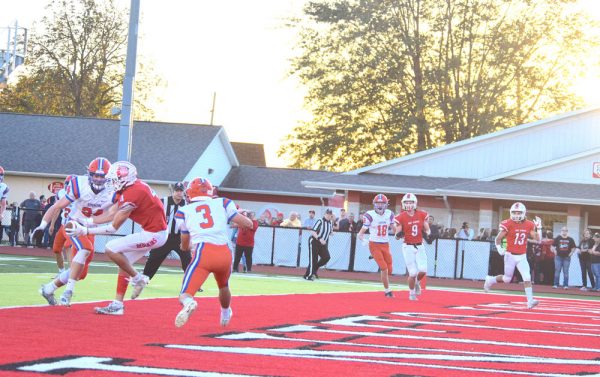 PORT CLINTON — Despite putting up plenty of points in its 31-0 victory over Edison, Port Clinton’s defense and special teams were just as important to the victory as the offense was.

The Redskin defense consistently thwarted the Chargers’ spread option attack, and the special teams put the offense in good position on a number of occasions. Port Clinton (5-1, 1-0 Sandusky Bay Conference Bay Division) scored on a number of drives with a short field.

On the ‘Skins’ first drive, they traveled 50 yards and scored on an 8-yard touchdown pass from Cam Gillum to Josh Hurst to take the lead for good.

The next drive started at the Edison 46-yard-line and ended with a 23-yard field goal by Andrew Hanson, who also kicked four extra points, to make it 10-0. 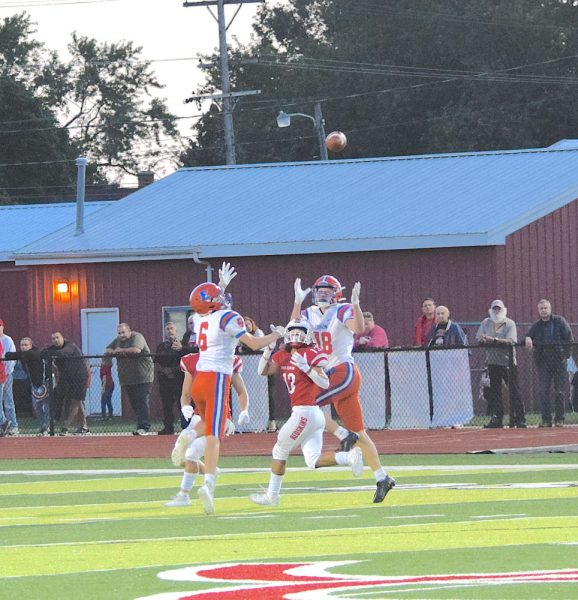 Just before halftime, Gillum connected with Hurst for another score, this one from 13 yards out, to push the lead to 17 points.

Gillum set a school record for touchdown passes in a season with 19, breaking the previous record held by Brandon Moore, who had 18.

It was Port Clinton’s first home win over Edison in 10 years.

The Redskin defense allowed just 21 yards in the first half when they built the lead.

Garrett Cornell put the game away with a 9-yard touchdown run in the third quarter, and Tyler Webb closed the scoring with a 38-yard interception return for a touchdown.