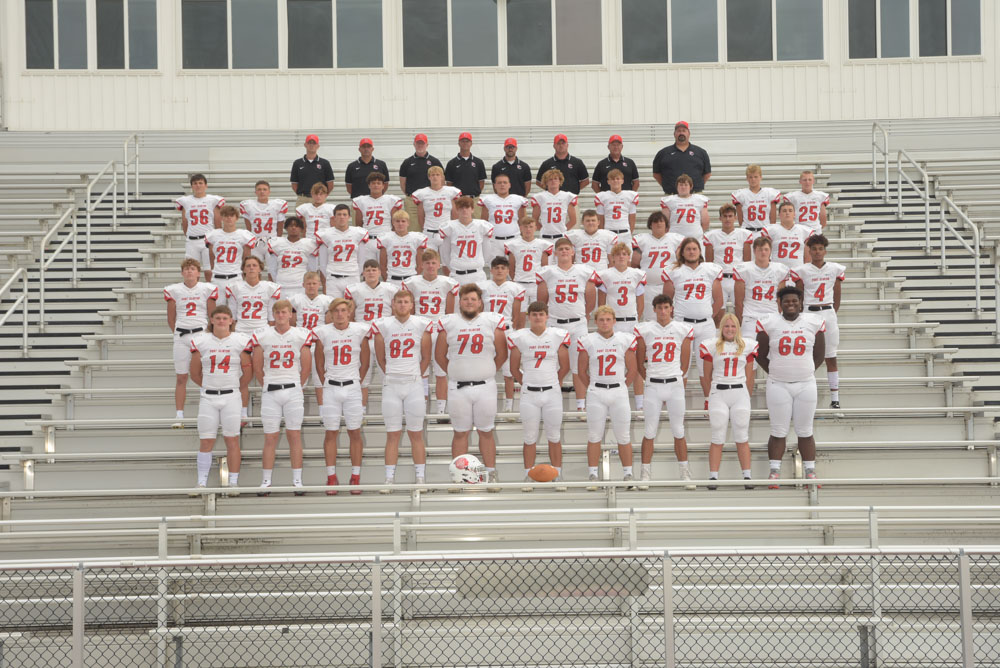 Outlook: Port Clinton had a banner season in 2021, winning its first regional championship in program history.

A number of key seniors from that group graduated, but there are some good players that saw plenty of action last year. Gone are Garrett Cornell, Josh Hurst, Tyler Webb, Cashes Jackson and Dylan Snyder, among others.

Quarterback Cam Gillum, an all-Ohioan in Division IV, returns, as does TE/DL Adam Thorbahn, who is 6-4, 205 pounds. Two big linemen return — Ethan Ranzenberger (6-3, 205) and Samari Smith (6-3, 295) — as do two linebackers in Demetrius Skoufos and Dagan Meyers and RB/DB Owen Auxter.

There have been some ups and downs in preparation for the season, but first-year coach Eric Leuthold credits his senior leaders.

“(The scrimmages) showed some things that they need to work on and focus on. Overall, I was pleased with the scrimmages, areas we have to fix and focus on,” said Leuthold. “Our senior leadership roles have been very, very helpful. Some of the younger players are going to have a chance to compete.”

Leuthold is planning on employing multiple fronts and formations on both sides of the ball in order to keep opponents off balance a little bit. He wants to have interchangeable parts on offense and defense.

“We try to be very multiple as far as our offensive schemes, formation and play wise,” he said. “We just try to be multiple in what we’re doing.”

“He’s done really well. Anytime there are changes and new things that people have to work on, it can be challenging, but Cam has done a really good job as our quarterback and leading this team, on and off the field,” Leuthold said. “He’s done a good job of adapting to some of the changes we’ve made and with the challenges to a new system.”

“Each of those guys will align in a variety of (formations),” said Leuthold.

Defensively, the line has some familiar faces in Thorbahn, Ranzenberger and Smith.

“We return the majority of the defensive line,” said Leuthold. “It’s a strength, a nice transition to have that be a strength. They’re older, more experienced players for us. For the most part, they’ve done a really good job for us.

“We’re pretty multiple up front. Coach (Phil) Fought is doing that and he’s doing a good job with that, very fluid.”

The linebackers will include the likes of Meyers and Skoufos while Oliver, Urbina, Koskela and Josh Cornell will compete for playing time at cornerback. Auxter is a safety.

Gone from last year’s secondary are Webb, Hurst and Jackson, all of whom played a key role in tackling out in space and guarding receivers.

Port Clinton, which won the Sandusky Bay Conference Bay Division last year, has a very difficult schedule. The ‘Skins play at Bellevue and Rossford to open the season before hosting Perkins, which they beat, 19-14, in the regional semifinals. (The Pirates handed Port Clinton its only loss of the regular season, 21-20, in week three.) The ‘Skins also play Toledo Bowsher and Toledo Rogers before entering league play.

Five of Port Clinton’s opponents made it to the playoffs last year.

“We will be successful if we play fundamental football,” said Leuthold. “I’m very excited about this team.”

Leuthold is familiar with northwest Ohio. He graduated from Bowling Green State University in 2014 and is a native of North Robinson and graduated from Colonel Crawford in ’10.

Leuthold has coached at his alma mater, Ridgedale, Liberty-Benton and Wapakoneta before coming to Port Clinton.