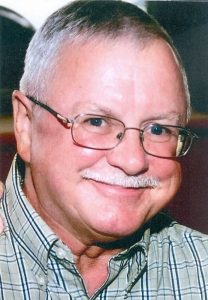 He passed the gateway to the Top of the World by crossing the Artic Circle aboard the USS Kretcher (Der 329) while serving in the U.S. Navy; and was licensed as a U.S. Merchant Marine Officer for 100-ton ships. Prior to retirement, Steve was the Co-Owner of Great Lakes Conveyor Maintenance. He enjoyed fishing, camping, traveling, winemaking; and was known for his quick sense of humor. Steve was a former member of Port Clinton Yacht Club; and current member of the Port Clinton Elks, Loyal Order of the Moose, American Legion, Colonial Club, International Ship Masters, Lake Erie Charter Boat Association, Society for Mining and Exploration, and Metallurgy.

A gathering for family and friends was held from on Tuesday, Dec. 6, at the Gerner-Wolf Walker Funeral Home. In lieu of flowers, memorial contributions may be directed to The Chapel, 4650 E. Port Clinton Eastern Road, Port Clinton, Ohio, Stein Hospice, 1912 Hayes Ave. Sandusky, Ohio 44870 or the Elks National Foundation, 2750 N. Lakeview Ave., Chicago, Illinois 60614-2256. Online condolences may be given at www.walkerfuneralhomes.com.