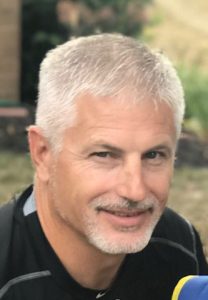 Stephen J. “Steve” Adams, 56, of Marblehead, passed away at Stein Hospice Care Center, Sandusky Monday, Jan. 25, 2021 after a courageous battle with cancer. He was born Dec. 28, 1964 in Port Clinton, the son of James and Margaret (Ludrowsky) Adams. He graduated from Danbury High School in 1983 where he excelled in football and track. He was the State High Jump Champ and played football for Michigan State. He was First Team All Ohio in Football and 1982 Ohio Mr. Football. He was a member of The Danbury Athletic Hall of Fame and a member of the TAAC Athletic League Hall of Fame. He married Nikki Johnson on Aug. 11, 1989 and she survives. Stephen was a manager at Ventura in Sandusky. He was a lifelong member of St. Joseph Catholic Church, Marblehead where he was a Lecter. His family was his life and he enjoyed boating, hunting and fishing.