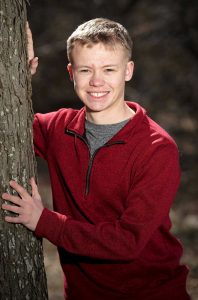 Port Clinton High School announced that Steven Holly has been selected to be in the Senior Spotlight for April. Holly has been active in many clubs and activities at Port Clinton, including National Honor Society, Key Club, Academic Challenge, PCHS morning announcements and, as an athlete, in cross country and track.

Holly is vice president of Drama Club and an officer in Port Clinton’s DECA. He has been part of the choir, and is also a member of the A Cappella ensemble Touch of Class.