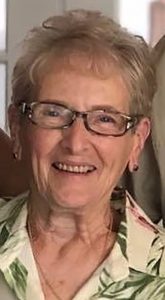 Sue Anne Herzog, 78, of Port Clinton, Ohio passed away surrounded by her family on Saturday, Feb. 8, following a battle with pancreatic cancer. She was born on June 15, 1941 in San Antonio, Texas, the daughter of the late Joseph King and Ruth (Smith) King-McCarty.

Sue was raised in Oklahoma, moved twice to Germany during her youth and moved back to the United States where she graduated from Fountain-Fort Carson High School, Fountain, Colorado in 1959. There she met Horst Herzog, who was a soldier stationed at Fort Carson, and they were married on August 16, 1959.

Sue and Horst spent their early years in Michigan before moving to Ohio in 1968 where they raised their family until 1988. They spent the next 12 years living around the world, including Mexico, The Czech Republic, England and India. They moved back to Ohio in 2000 and built their home on Catawba Island, where they became active volunteers in their community serving in the Port Clinton Lions Club and Lions International.

Sue made friends everywhere she went and kept them for life.

Visitation will be held at the Gerner-Wolf-Walker Funeral Home, 216 Washington Street, Port Clinton, on Sunday, February 16, 2020 from 2-4 and 6-8 pm where the Lions Club will have services at 7:00 pm.

Online expressions of sympathy made be left at www.walkerfuneralhomes.com