Tales of the Blizzard of ’78 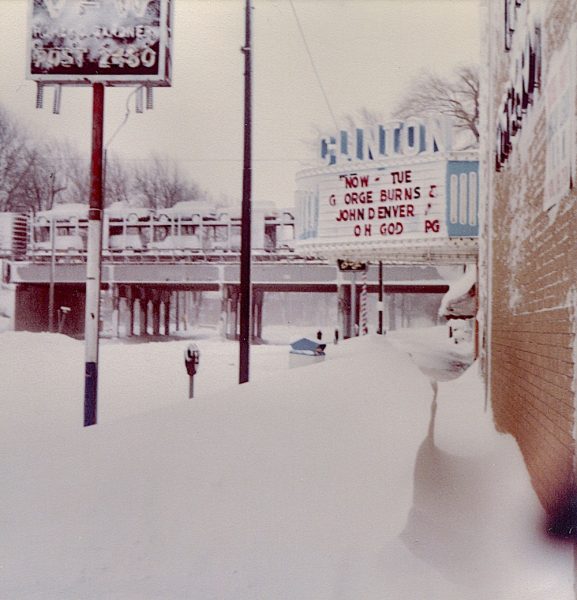 The Blizzard of ’78 was an epic storm, shutting down schools and businesses all around Port Clinton and Ottawa County. This photo of Madison Street in Port Clinton was captured by the late Earl Wiseman of Port Clinton.

Folks around Ottawa County and Northwestern Ohio have to be more than four decades old to personally remember the high winds, massive snowfall and bitter cold they suffered through during the devastating Blizzard of 1978.

Many of the tales of being snowbound, stranded or worse will never be forgotten. Or the memories of camaraderie as families bundled up together to ride out the storm. 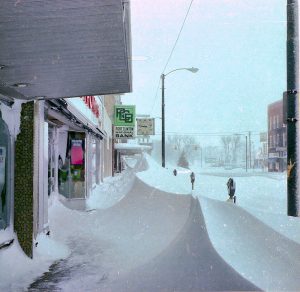 For both young and old, Curator Peggy Debien of the Ottawa County Museum will relive the memories on Thursday, Feb. 13 with a showing of the WBGU documentary, “Blizzard of ’78” at the Ida Rupp Public Library, 310 Madison St., Port Clinton at 6 p.m.

The Great Blizzard of 1978 was a historic winter storm that struck the Ohio Valley and Great Lakes regions from Wednesday, Jan. 25 through Friday, Jan. 27, 1978. It has been cited as the worst blizzard in U.S. history. The third lowest non-tropical atmospheric pressure ever recorded in the mainland United States occurred as the storm passed over Mount Clemens, Mich., where the barometer fell to 956.0 mb (28.23 inHg) on Jan. 26.

Winds gusted up to 82 mph. Snowdrifts more than 20 feet deep buried cars and homes. Wind chills made the air feel like 60-below zero. The Ohio National Guard rescued stranded motorists and truckers, some of whom had been stuck for days.

Before it was over, 51 Ohioans had lost their lives to the storm, which was the worst in state history. While blowing winds and tall drifts made snow accumulations difficult to measure, official storm-total snowfall amounts from Jan. 25-27 ranged from 4.7 inches in Columbus to 12.9 inches in Dayton. Parts of Northern Ohio saw nearly a foot of snow, on top of 16 inches that had fallen earlier in the week.

“The storm was characterized by a relatively rare merger of two distinct weather systems. The result was a very strong area of low pressure that reached its lowest pressure over Cleveland,’’ according to the NWS website.

For many, though, the Blizzard of 1978 was a week-long party. Workers in the big cities bundled up at area hotels after highways and byways were closed, and made the best of a bad situation. Schools were closed for days. People stuck in their homes exhausted their food pantries, unable to get to a grocery store, which might not be open anyway, or had barren shelves.

“People can join us for ‘Blizzard of ’78,’ and share their experiences,” said Debien. “Or just see what others went through! It is an amazing story.”