Congratulations to Sgt. David M. Scott, who has accepted the position of Chief of Police for the Port Clinton Police Department, according to outgoing Chief Rob Hickman. Scott won’t be sworn in, however, until Hickman’s official retirement on Monday, June 28.

Employers and job seekers can connect on Friday, June 4 when OhioMeansJobs-Ottawa County hosts its Resume Parking Lot Drop-Off Event at its offices at 8043 St. Rt. 163 in Oak Harbor. More than 40 employers have signed up, and OhioMeansJobs will accept in-person resumes from 10 a.m. to noon.

For a list of employers, go to the OhioMeansJobs Ottawa County page on Facebook. If you are a job seeker who isn’t sure how to create a job resume or a cover letter for the resume, go to ohiomeansjobs-ottawacounty.com for examples.

Kim Miller of Marblehead was selected from among 124 entries who found Wylie hiding in the ad for The Que on Page 6A in last week’s Beacon. So, congratulations Kim. He is the winner of our weekly $25 gas card graciously donated by Friendship Stores.

Friends of the Ottawa National Wildlife Refuge in Oak Harbor have been nominated and are keeping their fingers crossed the group will win a Public Lands Alliance Partnership Award on Monday, May 24 at 6 p.m., reports Executive Director Aimee Arent. To watch the Public Lands Alliance (PLA) awards show, tune in to the “2021 PLA Partnership Awards Virtual Celebration” site on Facebook, which is open to the public. The PLA will recognize individuals and organizations that are key to successful and vibrant public lands partnerships across the U.S.

The annual Memorial Day Parade is at 11 a.m. in front of Oak Harbor Middle School. A brief ceremony will be held at Flat Iron Park and the Bayou Bridge for veterans lost at sea. The parade will then head to the Veterans Memorial Circle in Union Cemetery for the final service of the day.

The free ELMS Picnic-Style Supper will be held today (Thursday, May 20) at 5 p.m. at St. Thomas Episcopal on Second Street in Port Clinton. It is pickup only, with chicken hot off the outdoor grill and potato salad in the spotlight. It is the last ELMS meal until the autumn season.

Capital University has announced its Provost’s List honorees for the spring 2021 semester included Bridget Sowers of Marblehead. To be named to the Provost’s List, full-time, degree-seeking students must have achieved a grade point average of 3.70 to 3.849. 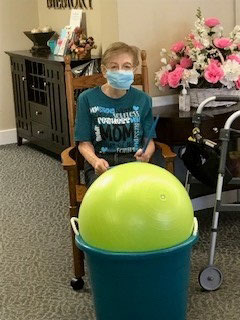