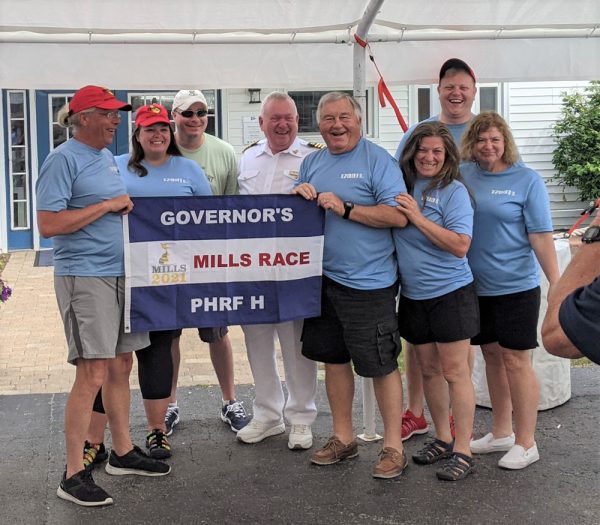 Very proud to report that my sailboat “SCOOP,” owned by myself and my nephew Tim Willford, took first place in its division at last weekend’s Mills Trophy Race. We had a great crew that included my other nephew, Todd Willford.

Sorry to learn of the passing of John Bennett last week. John and his wife, Roben, were the first owners of what is now Bistro 163. It was a coffee shop known as Common Grounds when they owned it. He also owned the Second Street Diner (formerly Underwoods) for a couple of years. I first met John when we were both cast as Navy Seabees in the Playmakers’ production of South Pacific back in the 1980s.

Donna Jameson of Marblehead was selected from among 135 entries who found Wylie hiding in the ad for Ohler and Holzhauer on Page 2A in last week’s Beacon. So, congratulations Donna! She is the winner of our weekly $25 gas card graciously donated by Friendship Stores.

I’m kind of sad to see the old Travelers Inn being torn down. It was one of my favorite hangouts in my college days. I started dating the person I would be married to for 50 years there on Thanksgiving Break in 1967.

The Musical Arts Series/Port Clinton is offering a very special free concert on Wednesday, June 23 at 7 p.m. on the M.O.M. stage featuring Steve and Lisa Ball! They will be presenting their program on the music of The Carter Family. The Carter family had a profound influence on bluegrass, country, southern gospel, pop, rock and the folk revival in the 1960s.

This family friendly show will appeal to folks who love Appalachian roots music. Steve and Lisa Ball are also known for their programs based on the music of the Civil War era.

Speaking of fireworks, it’s time to think about entering Port Clinton’s 2021 Firecracker Mini King, Mini Queen, Princess or Queen contests.  To be in the running you’ve got to send in an application before the deadline of Tuesday, June 22. The entry fee is $20 for the main contest, $10 for the Photogenic Categories. There are more awards than ever before this year. Applications are available at the Port Clinton Chamber of Commerce, Great Lakes Popcorn Company, Truth Ministries Resale, Coffee Express, Mary’s Blossom Shop, Port Clinton and Danbury city schools, Lilly & Gert’s, Glass n’ More, Ida Rupp Library and Tropicana Tanning.

The Lake Erie beach at the Magee Marsh Wildlife Area just east of the Ottawa National Wildlife Refuge, will get some loving attention this Saturday, June 19 as outdoors folks gather for a beach cleanup at 10 a.m. Meet at the wildlife area beach, which is the gravel parking lot at the end of the causeway. Bring gloves. Bags will be provided, and pizza will be served at noon. For information, call 419-898-2000.

The American Red Cross Bloodmobile will be making a visit to Ottawa County at Magruder Hospital on Friday, June 18 from 11 a.m. to 4 p.m. Also, on June 29 the Port Clinton Knights of Columbus is teaming up with the American Red Cross to sponsor a blood drive. This event will take place at Denny Bergeman Hall, 109 E. Perry St., Port Clinton, between noon and 6 p.m. Those interested in donating blood can call 1-800-RED-CROSS for an appointment. Walk-ins are also welcome but those with appointments will be honored first.

To do that, the Oak Harbor Chamber of Commerce needs your help. It has not been able to hold any of its fundraisers over the past year and are in need of donations for the Oak Harbor Fireworks Display. You can send donations directly to the Chamber office, or by purchasing stars at local businesses during the month of June. 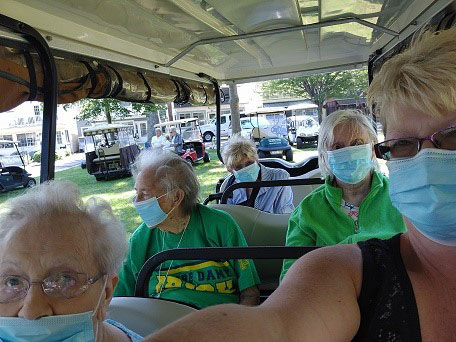