I had another old friend who passed away last weekend. Bob Zibert, who was for a long time one of the part owners of Clinton Men’s Wear in downtown Port Clinton, is no longer with us. Bob was also president of the Port Clinton Athletic Boosters back in the 1970s when I got involved. He was a “straight-up” guy, who could always be relied on to give it to you straight. He was also very dedicated to his community. I have not seen Bob in a long time, but we wish him Bon Voyage and the best to his family who no doubt will miss him terribly.

Welcome to 4th of July weekend. I understand Catawba will be holding their fireworks on Friday evening from the north side of the CIC Golf Course, just north of Moore’s Dock Road. Also, The Beacon is running a special insert of the American Flag. It is designed to fit in a front window of your home.

To show your patriotism, especially at this time of strife and internal conflict, please place the flag in one of your front windows. Thank you and God Bless America.

Sharon Nagy was chosen from among 176 entries who found Wylie in the ad for Ohler & Holzhauer on Page 4B in last week’s Beacon. So, Sharon wins our weekly $25 gas card graciously donated by Friendship Stores. Each week we hide Wylie Walleye in an ad and our readers, when one of them finds him, can either bring in a contest entry cut out of the paper or log onto our website … www.thebeacon.net … and let us know where he is, thus entering, and possibly winning our weekly contest.

Father John Missler celebrated his final Mass at Immaculate Conception Catholic Church on Sunday after 14 years as its pastor. In keeping with social distancing rules, Father John sat in an easy chair in the church parking lot Sunday afternoon so his flock could drive through and wish him well in retirement. Jonathan Wight, who went to school locally, took the reins as pastor Wednesday, July 1. Welcome Father Wight.

Port Clinton city crews must be doing an exceptionally good job on City Beach. I have noticed that even on weekdays, the beach has been very crowded. As a side note, summer visitors are finding their way to Port Clinton and Ottawa County in surprising numbers, with heavy traffic reported and large numbers of out-of-state visitors making the scene.

Lake Erie Shores and Islands reports that requests for its travel soared from just 53 in the first week of May to more than 900 in the past week. With COVID-19 still a concern, LESI head Larry Fletcher is welcoming visitors, but asking them to follow appropriate safety measures.

Kindergarten Screening for the Benton-Carroll-Salem school district has been rescheduled for Aug. 4 and Aug. 6. The screening will be approved by the Ottawa County Department of Health to protect all students, families, and staff. If you have a child that will be beginning kindergarten this fall, call the R.C. Waters Elementary School Office at 419-898-6219 to make a screening appointment.

The Ohio Department of Transportation is getting ready to begin work on improving S.E. Catawba Road (State Route 53) from the State Route 2 highway north to State Route 163, the gateway to the Catawba Peninsula. The entire stretch of road will be widened, and a turn lane will be added.

Stone Laboratory on Lake Erie’s Gibraltar Island and Ohio Sea Grant at The Ohio State University will host a live web event for NOAA’s annual HAB Forecast for Western Lake Erie on July 9 from 10 a.m. to noon. In addition to the official forecast, the event will feature spring nutrient loading and projections along with expert commentary and highlights of recent research efforts and successes. Sign up for the online session at ohioseagrant.osu.edu to better understand the noxious blooms, and what is being done to prevent them.

Sarah Allison Sutton of Oak Harbor, who spent some time at The Beacon and Destination Designs as an intern last year, has been named to the Deans’ List at the University of Nebraska-Lincoln for the spring semester of the 2019-20 academic year. Sutton is a senior advertising and public relations major.

Local students have been named to the Dean’s List at the University of Findlay: Logan Harris and Alaina Hetrick of Oak Harbor, as well as Paige Steyer of Port Clinton. Miami University students who are ranked in the top three percent of undergraduate students within each division for second semester 2019-20 have been named to the president’s list recognizing academic excellence. They include; Sarah Redett of Marblehead and Maximilian Schneider of Middle Bass. Meanwhile, the following students were on the Dean’s List: Nick Perry, Max Brenner and Isabelle Rospert of Port Clinton. 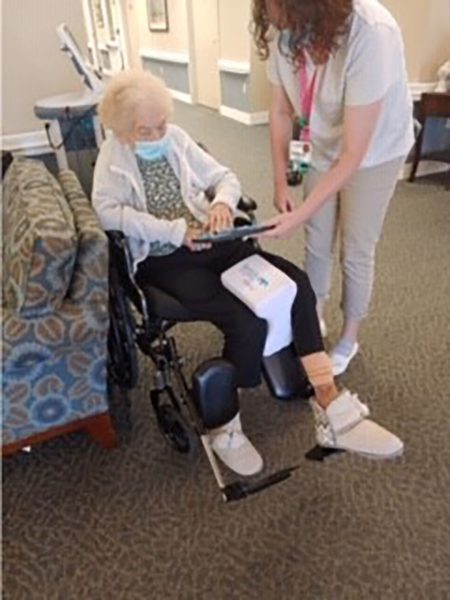