The distinctive work of death investigation 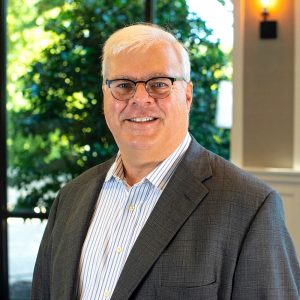 Ottawa County presents unique challenges for the coroner’s office. Ottawa County Coroner Dr. David T. Applegate II and his staff, led by Lead Coroner Investigator Bailey Dipman, are responsible for determining the cause and manner of deaths in a county whose population swells and drops throughout the year.

Applegate, who also serves as Union County coroner, said tourism and the diverseness of Ottawa County create an atypical environment for death investigations.

One of the primary elements of death investigation work is developing and maintaining relationships with agencies across the county. In Ottawa County, the coroner’s office must connect with multiple, diverse agencies.

“Ottawa County has a national wildlife refuge, a nuclear reactor, three state parks, an international border and a large lake. I’ve never had a drowning in Union County,” Applegate said. “There are lots of law enforcement agencies to work with and several townships and school districts to maintain relationships with.”

Dipman meets that challenge by actively pursuing those connections.

“We’ve built some pretty good relationships by spending time with people not-on-scene and also at the scene,” she said.

Applegate said physicians were once drawn to the coroner’s position by the promise of a pension and health care, but as more physicians are joining large healthcare systems, those perks are no longer needed. This new environment has created a shortage of coroners in Ohio, so coroners like Applegate rely heavily on their death investigators. In addition to Dipman, his team also includes Patcia Lanchman, and he hopes to add another investigator soon.

After earning a master’s degree in criminal justice, Dipman joined the coroner’s office in April, 2021. In July, 2022, she was promoted to lead coroner investigator. Her job is complex and taxing as she and Lanchman rotate on-call duties every day of the year. 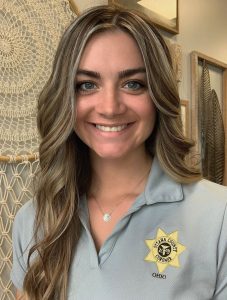 “We go out to all the deaths in the county and do a scene investigation. We do a physical exam and take photos and decide if there was a natural cause,” Dipman said. “If not, we get all the information for Dr. Applegate so he can determine the cause and manner of death.”

Dipman’s duties move beyond the “how” of death into the “why” of death. She collects data and works with a review board to recognize trends in county deaths and seek ways to address the problems. That is particularly important in Ottawa County, where suicides and overdoses have increased for all ages.

Applegate and Dipman aren’t sure why suicide numbers are currently so high in the county. They hypothesize that elderly deaths may be related to COVID fears and isolations and that youth suicides may be tied to the stress and influence of social media. They have yet to establish concrete answers, but they are fervently looking with the hope of reversing the trends.

“I’ve seen a lot of elderly people commit suicide and a lot of young people still in high school. The review board is trying to figure out why,” Dipman said.

While Applegate and Dipman focus on death, they are always looking at the bigger picture, trying to draw clues from the deaths to help the community do a better job of fostering life. That is a core passion for Applegate, who joined a healthcare system in Columbus three weeks ago where he cares for “highly complex, very sick Medicaid patients.”

“I’m taking care of the most vulnerable now,” he said. “That excites me.”