The ‘Nuncrackers’ Christmas musical kicks off 75th season of merriment 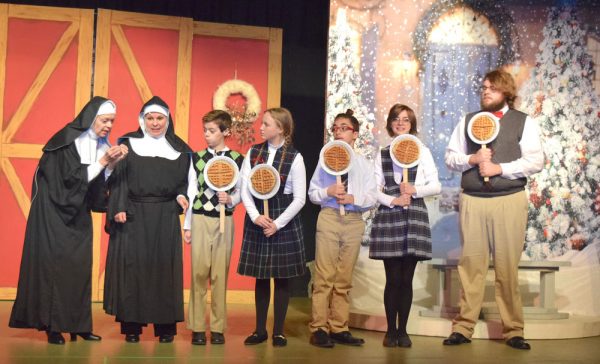 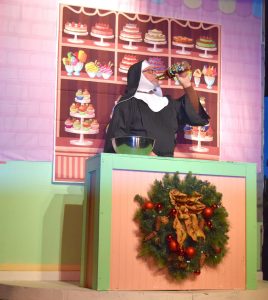 The Playmakers Civic Theatre will debut the holiday season in Port Clinton, and the venerable group’s 75th season of local entertainment with its production of “The Nunsense Christmas Musical — Nuncrackers.” The hilarious musical is on stage on Friday and Saturday, Dec. 10-11 and Dec. 17-18, at 8 p.m. and on Sundays at 2 p.m. on Dec. 12 and Dec. 19 at 2 p.m.

“Nunsense” will be the first of three musicals this year at the familiar Playhouse Civic Theatre, 604 West Sixth Street, Port Clinton. Theatre goers can also get an entertainment bargain by purchasing season tickets.

Individual tickets for this month’s “Nunsense” are $20, and $15 for seniors and students. For the 75th anniversary season, a ticket for all three musicals is $30, or three shows for half the normal price, said Nadine Jensen, president of the The Playmakers Civic Theatre (PCT).

“Those Crazy Ladies in the House on the Corner” opens March 18 for six shows. “The Marvelous Wonderettes” musical takes show goers back to the 1958 Super Senior Prom and its wondrous music for six shows beginning July 5.

When the theatre group rolls out “Nunsense” this weekend with Brother Virgil at the helm and aided by a wild group of nuns, don’t expect a round of piety with this group. They’re a rowdy bunch, known to slip into some salty language and the audience is warned that rum in involved. 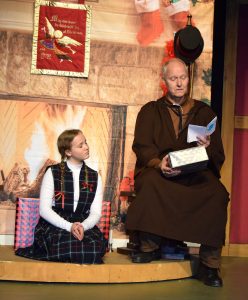 The humorous show features such tunes as “Santa Ain’t Coming to Our House,” and “We Three Kings of Orient Are Us.”

Musical Director Robert L Bell brings the show years of experience as an actor, singer, and director.  He was Musical Director on PCT’s  “Fiddler on the Roof” and “Gypsy.”

Choreographer Karsha Schermbeck makes “Nuncrackers” sparkle.  She and son, Kane, the tap dancer in show, often appear together in PCT productions. Brenda Hensley is the Casting and Rehearsal Director and Doug Braun is Tech Week Director.

Please note that the PCT Board of Directors has imposed a mask mandate for this show. Masks will be available at the theatre.

Purchase tickets and make reservations at pcplaymakers.org. Tickets can also be purchased at Lilly & Gert’s across from the Post Office in downtown Port Clinton on Tuesday through Friday from 11 a.m.-5 p.m. and Saturday from 10 a.m.-3 p.m. Reserve seats by calling the PCT at 419-734-5044.

“Nuncrackers is a fun, Christmas-themed rollick with music, dance and laughter,” said Jensen. “It is the perfect way to make sure your holiday season is merry and bright!”