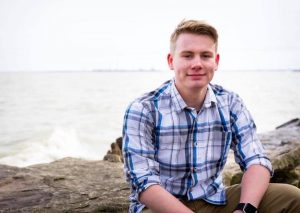 Thomas Wayne Cutcher “Tommy”, 21, of Marblehead, passed away on Sept. 25, 2021, in a car accident on base while serving his country in the United States Marine Corps. He was born April 6, 2000, in Sandusky, and lived in Marblehead, until leaving for boot camp in June of 2018. Tommy attended Danbury Local Schools and graduated in May 2018. Tommy enlisted in the Delayed Entry Program (DEP) of the Marine Corps in July 2017, where he became a poolee and began his training for boot camp on Parris Island, SC. He graduated boot camp in September 2018 and became a heavy equipment operator, serving Camp Pendleton, Oceanside, Calif.

Tommy loved baseball and began playing as a young boy. He played throughout his high school years and was a proud member of the Danbury Lakers baseball team. He continued to play with his Marine Corps brothers on base. Tommy loved the Boston Red Sox and watched them every chance he got. Tommy loved his family fiercely. He always had a smile and a hug for his family and friends. If you were Tommy’s friend, you were family. He loved his Marine Corps brothers and sisters like true siblings and his siblings meant everything to him.

Tommy’s smile and full of life personality drew people to him. He was strong, stubborn, caring and a true goofball. He was his mother’s “Sunshine”, his grandfather’s “Tommy Thomas” and his aunt Gina’s “Mr. Freshy”.

Tommy loved to be around the children in his life. He was a fantastic uncle, cousin and godfather. He loved his niece, nephew, cousins and God daughters as if they were his own, and there is nothing he would not have done for them.