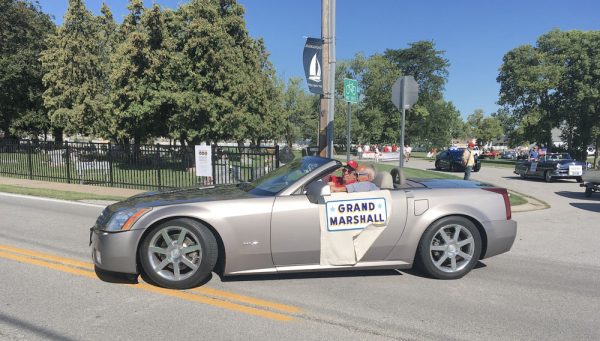 The company was founded in Marblehead in 1921.

Carl Biro, Sr. gave the best years of his life to the

development of an idea that now benefits mankind. Through his invention of the power meat saw, he gave the meat cutting industry the ease, speed and precision never before achieved with manual meat cutting methods.

Carl Biro, Sr. was the son of a village blacksmith in Hungary and immigrated to Ohio in 1902. Through pursuing his “American dream,” Biro Manufacturing Company was born.

Since many local friends and relatives have worked at Biro Manufacturing during the last 100 years, the community is invited to watch the parade, as well as to walk or drive behind the grand marshal’s car.

“Since the motto of Lions International is ‘we serve,’ all proceeds from the festival stay in our community and benefit individuals and organizations in need right here on the peninsula,” said Kelly.

In addition to delicious perch dinners and perch sandwiches, guests may enjoy Bingo, which is new this year, as well as raffles, a cash grand prize of $2,021, vendors, and live music by Third Degree Band, which is sponsored by NOMS Healthcare.

The festival will be held rain or shine at James Park.  For more information, contact John Englebeck at 419-635-6935 or jcenglebeck@gmail.com.