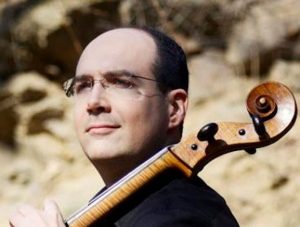 The Musical Arts Series in Port Clinton will wrap up their 2021-2022 season in style on Mother’s Day on Sunday, May 8 at 3 p.m. at the Performing Arts Center at Port Clinton High School. Featured are performances by two of the finest internationally-renowned artists on cello and piano, Mark Kosower and Max Levinson.

Kosower and Levinson will perform a program opening with Faure’s Elegie Opus 24, followed by Richard Strauss’s Romanze in F Major and Beethoven’s Sonata in D Major. They will close with the works of Chausson, Myaskovsky, and Martinu, celebrating the special Mother’s Day event with an afternoon of beautiful music.

He has also performed with orchestras throughout the United States, and in recitals at the Kennedy Center and in the Great Performers’ Series at Lincoln Center. He plays frequently at international chamber festivals. He was recently featured on the “Now Hear This” Aaron Copland program in the Great Performances series on PBS. 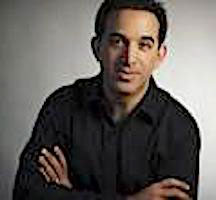 Levinson has performed world-wide with symphony orchestras and chamber music groups in Spain, Switzerland, London’s Wigmore Hall, with the Tokyo Quintet and many others. He is a frequent guest at major music festivals such as Tanglewood and Mostly Mozart.

He is on the faculty of both the New England Conservatory and the Boston Conservatory at Berklee and regularly serves on competition juries. After being the first American to earn first prize at the Guardian Dublin International Piano Competition, he released his first album, “Max Levinson,” to international accolades.

Dubbert’s Outdrive and Neidecker, Crosser and Priesman are sponsors for this event. Tickets will be available for $15  in advance at performingartsportclinton.com or at the box office. Student admission is free.