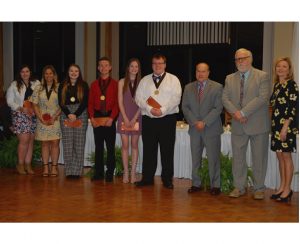 Joseph Dominique (Danbury High School) was recognized as being the recipient of the Franklin B. Walter All-Scholastic Award for Ottawa County. The award, named for the former State Superintendent of Schools, is presented to the outstanding senior in each county throughout the state. The Ottawa County Cabinet of Superintendents ($250) and North Point Educational Service Center ($500) each attached a Book Scholarship to the Award. The entire program is made possible via the support of the Ottawa County Cabinet of Superintendents and the many donations from area businesses, individuals, and organi­zations. Many thanks to everyone who contributed in recognizing these honored students and educators. 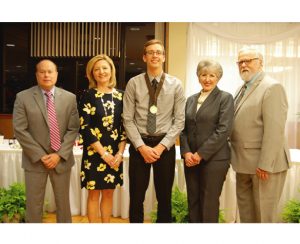