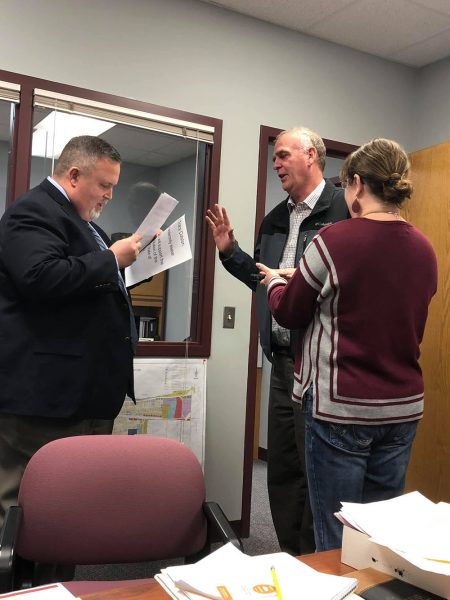 That may sound confusing, since five men had been named to the post over the last few years. The job was a revolving door under former Mayor Hugh Wheeler, who removed Trevor Johnson, Tracy Colston and Martin from the job before resigning himself last March. Wheeler was being investigated at the time by the Ohio Attorney General’s office for making threats against city employees.

During his 27 months in office, Wheeler had four safety-service directors. Colston served about six years and is now Port Clinton’s director of Parks and Recreation and Cemeteries. Johnson served eight months and is now director of the DART Program in Ottawa County. Donald Waggoner of Bellevue lasted only a few days before Wheeler resigned in March 2019. Martin, who was reappointed to the job by Snider, then a newly-appointed mayor. Snider was recently elected to a full term as mayor.

Resumes will be accepted until noon on Friday, Jan. 31. Resumes may be mailed to Port Clinton City Hall, 1868 E. Perry St., Port Clinton 43452 or emailed to: pcadmin@portclinton-oh.gov. Job duties and qualifications have been posted on the city’s website at: PortClinton.gov