Tree-A-Rama Charity Auction a success at The Art Garage 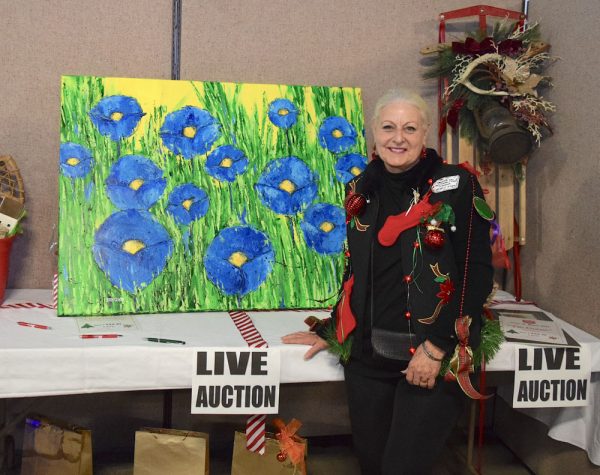 Connie Peiffer, member of the Greater Port Clinton Area Arts Council. Fine art helped to raise $14,473 at this year’s Tree-A-Rama Charity Auction, which was held on Saturday at The Art Garage in Port Clinton. (Photo by D’Arcy Patrick Egan)

There were some changes made for this year’s 18th annual Tree-A-Rama Charity Auction, transitioning the major fundraiser for The Salvation Army’s Port Clinton Service Unit into one of the top parties of the Christmas season.

The Tree-A-Rama was welcomed into the new The Arts Garage (TAG), 317 W. Perry St., Port Clinton by the Greater Port Clinton Area Arts Council (GPCAAC). The new venue provided a festive atmosphere, and a lot of volunteer efforts filled the facility with decorative Christmas trees, holiday greenery, and a wide range of artwork, gift certificates, sports paraphernalia and winery tours, among other auction items. 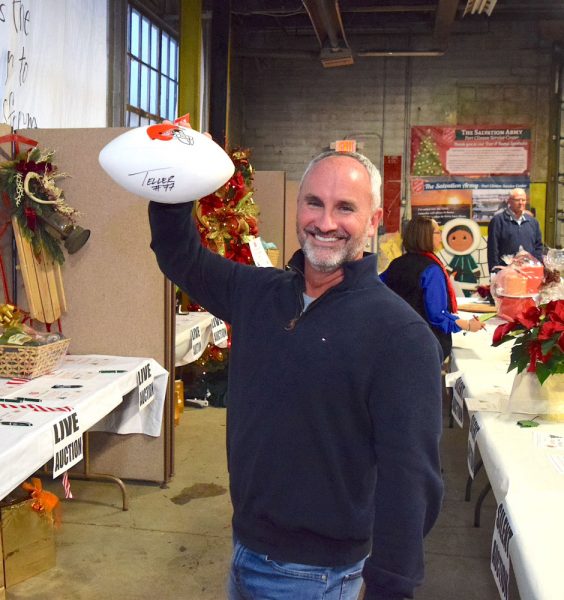 “Everyone had a wonderful time visiting TAG, which is a new jewel in downtown Port Clinton, and the long list of auction items were a tremendous hit this year,” said Director Maureen Saponari of the Salvation Army. “We raised $14,473 to support the Salvation Army’s residents in need, not only during the holiday season, but throughout the year.”

prescriptions, transportation, gas cards, clothing and food throughout the year.

Last year, the Salvation Army served nearly 1,000 children with Christmas gifts. This year, officials have seen an increase in need for overall financial assistance. Each holiday season the Salvation Army also partners with various social agencies, the Toys for Tots program out of Perrysburg and Ottawa County communities to provide toys for local children. 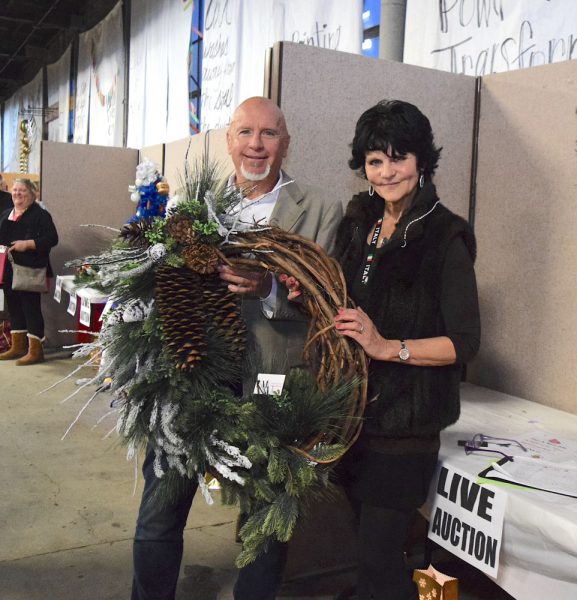 Saponari praised professional auctioneers Len Partin and Greg and Norm Peiffer for their spirited efforts, TAG and GPCAAC, Charlie and Sara Burns, and wealth of volunteers, donors, sponsors, bidders and the community.