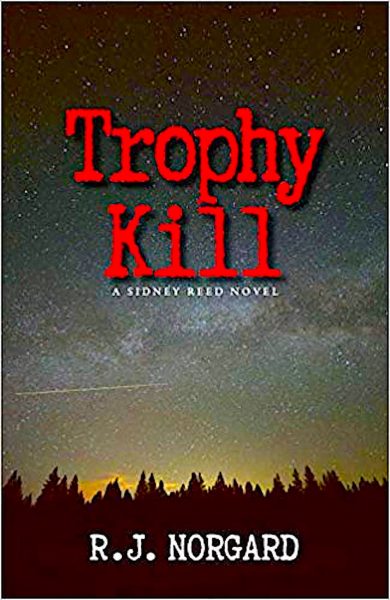 There’s a new private investigator on the scene, as local author Richard J. Norgard of Port Clinton spins a tale of mystery and murder in Alaska that lands at the feet of private investigator Sidney Reed. Yeah, it is a job he’s pressured to take from — what else? — a pretty woman.

You say you’ve read that one before? A private detective story about Phililp Marlow or Sam Spade? Not the way R.J. Norgard of Port Clinton tells the tale of Sidney Reed.

There are few things better on a cold winter’s night than a warm fireplace, a dram or two of your favorite potion, and a good murder mystery. Norgard has a sense of humor, and intimate knowledge of Alaska, gleaned from living there in years past. And, he has spun a very good yarn, hopefully destined to become the Sidney Reed Series.

Down an out of the private investigator trade, which Reed was supposedly quite good at, Reed was mourning the suicide of the love of his life. After the death of Molly, he went into a downhill spiral with the help of a lot of Coronas. His only companion was his cat, Priscilla, who loved to nap in Molly’s rocking chair.

With a damaged mind, Reed plods through the late nights of his life, allowing a successful P.I. career slip away. Until he accepts much-needed cash from a lovely woman to keep tabs on her boyfriend, who keeps slipping away at night for no apparent reason.

A former private investigator and U. S. Army counterintelligence officer, Norgard has been adept at creating a tale that will keep readers guessing.

The book is available on Amazon.