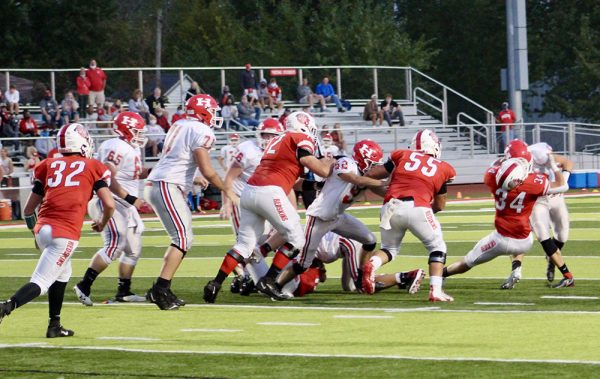 PORT CLINTON — It is hard enough to beat a powerhouse like Huron, but costly mistakes made it even more difficult on Friday night as the visiting Tigers defeated Port Clinton, 25-6.

Cole Parker intercepted a pass and returned it 42 yards for the game’s first points with 9:51 to play in the first quarter, but the extra point was blocked.

The Tigers put the game away in the second quarter in a span of 4:12. Abram Fortune kicked a 34-yard field goal to push the lead to nine points, Jacob Lamb caught a 12-yard touchdown pass from Parker to make it 15-0 and Lamb intercepted a pass and returned it 30 yards for the score with 3:13 remaining in the first half.

“Things went Huron’s way because Huron made it go their way. It wasn’t something where we just laid an egg, Huron took us out of our game. They made a play like that and rode the momentum all game,” said Port Clinton coach Beau Carmon. “Huron outplayed us and at times, they probably out-coached us. We tried multiple things, and we weren’t able to complete the passes necessary.”

Despite losing by 19 points, the Redskin defense did play well. 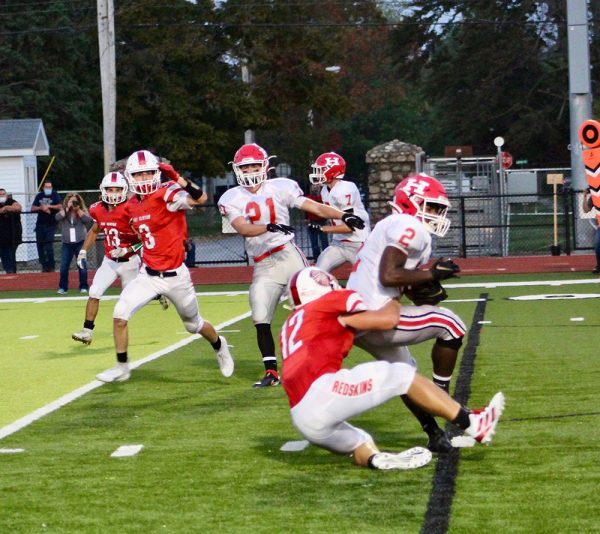 “There’s no moral victories, you either win or you lose. We got whipped on the offensive side. I was proud of our special teams and our defense,” said Carmon. “The reality is that Huron was a better football team than we were on Friday night. It’s too bad it happened to be for a league championship. You gotta tip your hat to Huron.”

Despite the loss, Port Clinton (3-2, 3-1) is still in contention to win the league title. If Edison beats Huron on Friday and the ‘Skins defeat rival Oak Harbor, there will be a three-way tie between the Chargers, Tigers and Port Clinton.”

The ‘Skins are currently ranked 11th in the Division IV, Region 14 standings with 10.70 points.

“Oak Harbor is physical and they tackle well. I think their defense is very good, their linebackers might be the best in the league, and they’re extremely well-coached,” said Carmon. “I think they’re offensive line is very good. It’s going to be a tough game. We’re going to have to play a lot better than we did against Huron.”