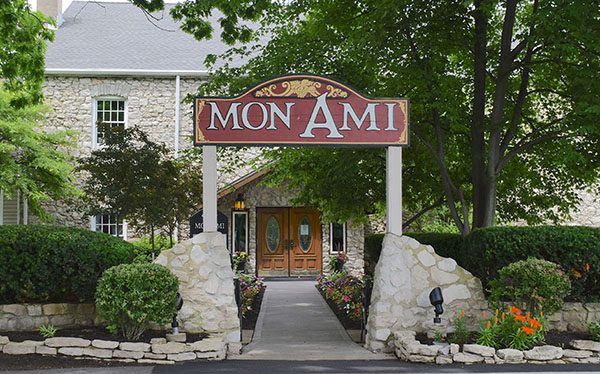 The Mon Ami Winery on Catawba was founded by vineyard owners in 1872 as the Catawba Island Wine Company. It became the Mon Ami Champagne Company in 1937, was sold to Norman Mantey in 1956 and purchased by Meier’s Wine Cellars Inc. in 1980.

Quintin and Donna Smith brought the concept of farm-to-fermenter to their Twin Oast Brewing on Catawba Island when they opened in 2018. On Monday, the Smiths announced they will expand an already large presence on Catawba by purchasing Mon Ami Restaurant and Historic Winery for $1.25 million.

Quintin Smith is also the CEO and President of Northern Manufacturing Co., Inc. in Oak Harbor, which he purchased in 2001. Smith has since greatly expanded its production of fabricated stainless steel.

The new owners said they will slowly take over the management of the winery, as they learn the existing operations. Special events, day-to-day operations, staff management and wine sales will continue as usual.

“Without the continued support from John, Peggy and Len, this deal would not have been possible,” said Smith. “Their appreciation for the local community and the history of Mon Ami has been a driving force to propel the winery into this next phase.

“Mon Ami has a special place in the history of Catawba Island and the Erie Islands Wine Region,” he said. “The building remains unlike anything else I’ve ever seen. Our hope through this acquisition is to strengthen the celebrated status of Mon Ami and to share it with the local community.”

The Smiths launched QuinStock Farms in 2009 on Catawba Island, a 60-acre fruit orchard. Twin Oast Brewing was opened in 2018, creating craft brews that mix traditional German offerings with a modern American twist. The family is already planning to bring old-world winemaking traditions back to Mon Ami Winery by planting vineyards on Catawba Island.